You are here: Home / mommy solutions / I Know the Step Mom Struggles But the Payoff is Huge

Not sure if you know this or not, but we are a blended family. My husband and I both came to the marriage with children. When we merged homes my son was 6 and his minor son was 4. His son later came to live with us the summer between his kindergarten and first grade school year.

I remember when Anthony came to live with us, he still really did not speak clearly. He essentially had his own language. He was struggling academically. I know he also missed his mom.

There were lots of adjustments. My son was very jealous of Anthony. Add to that we had twins who were about a year old. This was a very trying season in all of our lives. Add to that my husband worked 15+ hour days all summer long…. I always felt like a single parent juggling a lot.

There were the challenges of behavior, discipline, both older boys visiting their other parent and then coming back to our home with our rules and our pace.  There were tears and there were smiles. There was counseling and reading every self help book we could get our hands on. There was manipulation and strong wills. 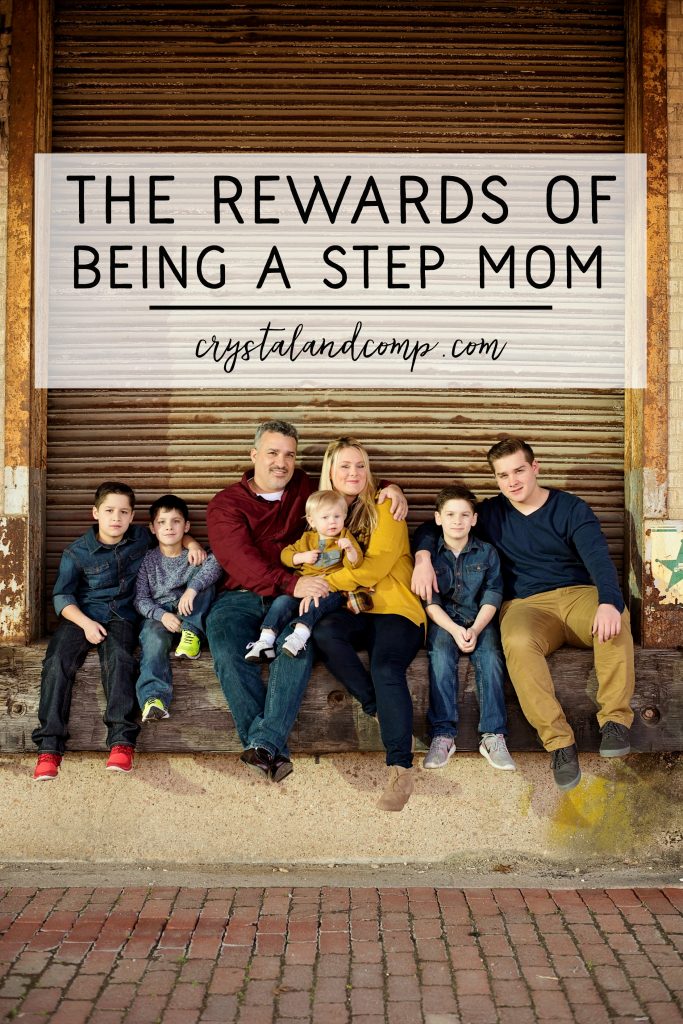 The Trenches of a Blended Family

Thinking back it is such a reminder of how deep those trenches of parenting were.  There were days of many, many tears- for everyone. There were days that were so hard it made parenting virtually miserable. And that feels so selfish to write, but it was the truth. That did not mean there was not love, it was just so hard some days you just can’t see the end of the tunnel. My son had some intense behavior issues and this compounded struggles significantly when you’re blending families.

Eventually Anthony’s mother lived closer. We always did everything we could to get along as peacefully as possible. We even went as far as to give her a place to live at one point- not in our home but in a rental home not far from us. It has always been very, very important to my husband that his son could see his mother no matter what their grown up differences were. This may seem non-traditional, but hate and anger are never what the kids need to see. Ever.

My stepson is now 15. His mother lives hours away again, but I think being older and more mature lends to his ability to understand no matter the distance. Each time this happened when he was younger and it was very, very hard on him, but as he is older he really handles it very maturely.

I fought hard from the time he came to live with us to ensure he received the help he needed in school (and went on to be diagnosed with dyslexia). I have continued to fight for his education since we brought him home to be homeschooled in 5th grade. I’ve handled much of the day to day of his life since he came to live with us.

I love watching him play baseball. He is an excellent first baseman. He is officially taller than me now. He is my right arm every day- helping me run this home while his father works. He is an excellent big brother and a caring person. I have always said he has a heart of gold. I am amazed sitting back looking at all of this journey, but it has 100% been worth every challenging day. 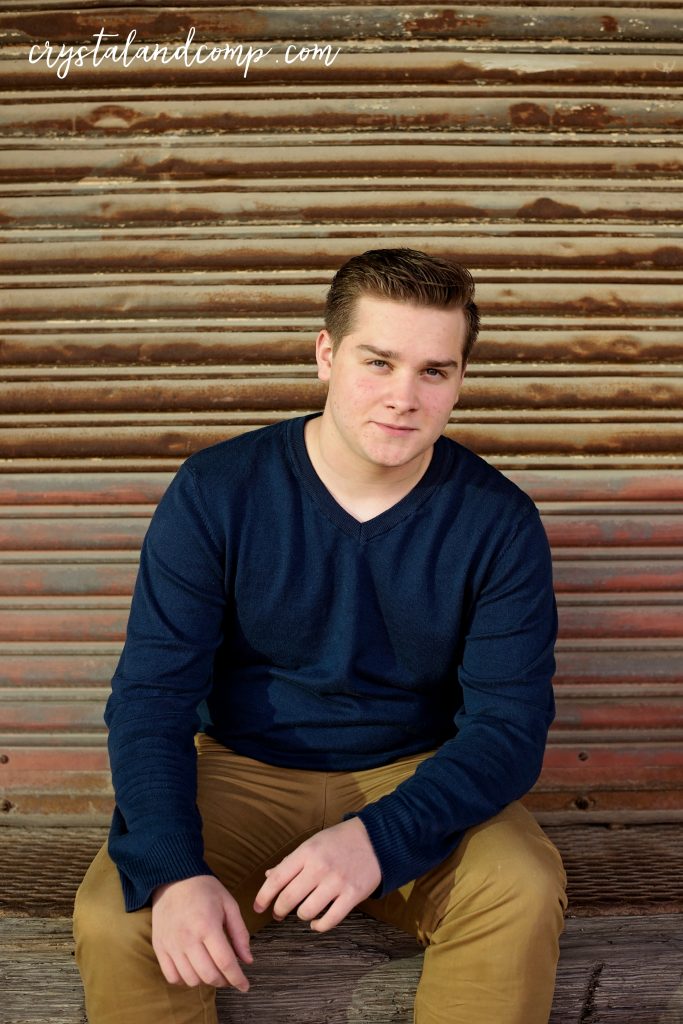 A Decade of Being a Step Mom

Five years ago Anthony became the oldest in our home when my son, at age 12, went to live with my ex-husband. My older son and I have a very strained and broken relationship and it a classic case of poor co-parenting and alienation. We have lived five years hurting and missing my oldest son, but I am certain God has a plan.

For five years he has been the leader of the pack of boys. I have watched Anthony grow up to become this hairy man child, as we often refer to these teenage boys. We see their mind is still young, but their bodies look like men. There are hormones and emotions and it will take time for their brain to catch up to their appearance of manhood. It is like they go to bed one night as a 12 year old boy and then wake up the next morning appearing to be a man. This all brings new parenting challenges. I mean at this age they know everything and we know nothing.

Raising a blended family is hard. I’ve been a part of a successful blended family and I’ve seen unsuccessful situations destroy children, first hand. As a step parent your role is to love. Your role is never to “stir the pot” or manipulate or add fuel to the fire. Never be that person.

We have been at this for over a decade now. Are there still struggles? Sure. Anthony knows where his father and I stand on manipulation, but I also know that my husband never wants me to stir the pot or to treat any of our children different. Every child deserves to be treated fair. Do I have expectations of my stepson? I do! That said it is the same expectations I have of every child in our home. Additionally, each child is expected to be respectful and obey our house rules. This has been instilled since day one. 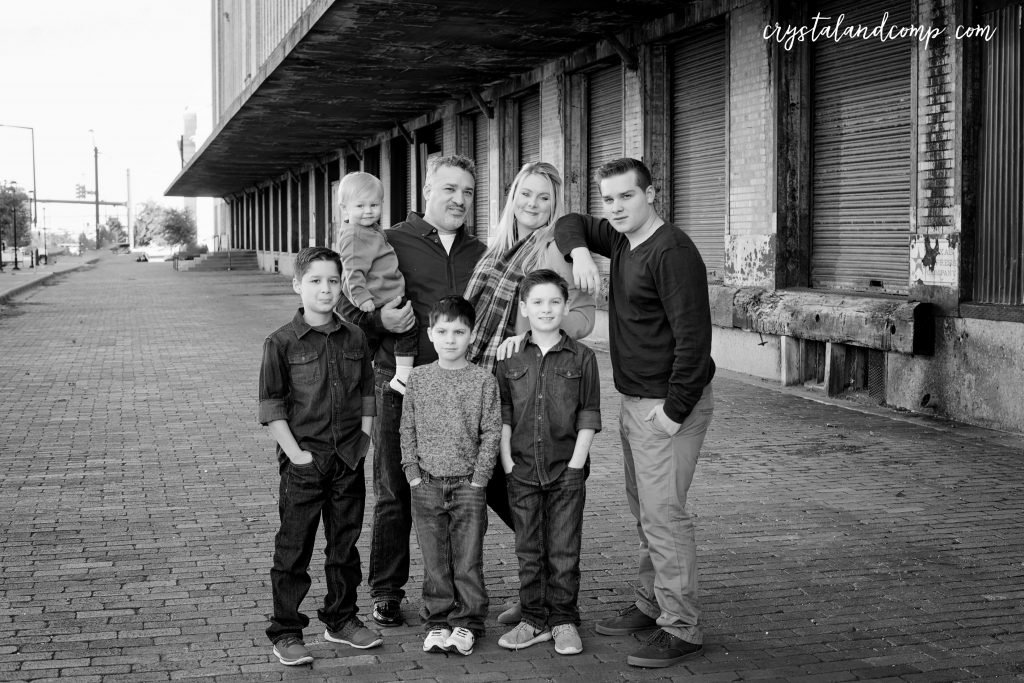 He Does Not Call Me Mom

I’ve never asked Anthony to call me mom, but I always refer to him as my son. He has always called me Crystal and I am perfectly at peace with that. Always have been. I’ve never wanted to replace his mother, but just step up where I am needed. I see the man he is becoming and I am so proud of him- I am very invested. I pray for his future and for the woman he will marry and the family he will grow up to have.

I think one of the biggest compliments of being a step parent is when people have known you for a while and find out later that one of your children is not a child you gave birth to. They admit that they had no idea. Obviously they quickly state something like, “Oooooh, that is why he calls you Crystal! I get it now.”.  It’s funny because he and I look alike- he looks like his siblings, actually. He says things all of the time that sound like something that would come out of my mouth. He acts like I do, a lot. We are very similar. I guess that kind of happens after you’re around someone every day for a over a decade.

Just know this if you’re a step parent right now…. these hard days will pay off. This too shall pass. Our children grow up to be adults and they are certainly looking at us to be an example. If it is hard for us to step parent, imagine how hard it is being on the receiving end of that. Be a parent with no regrets- to the children you’ve given birth to and to the children you’re stepping up for!

All images in this post take by Crystal Smith-McWhriter from McWhirter Photography.