You are here: Home / mommy solutions / Great things happened in 1977…

Gas was sixty-five cents a gallon, the average income was $15,000 a year, you could purchase a new home for $49,000, Carter was president, yours truly took her very first breath (November), That’s Rock ‘N’ Roll by Shuan Cassidy was a number one hit and Chuck E. Cheese was born! 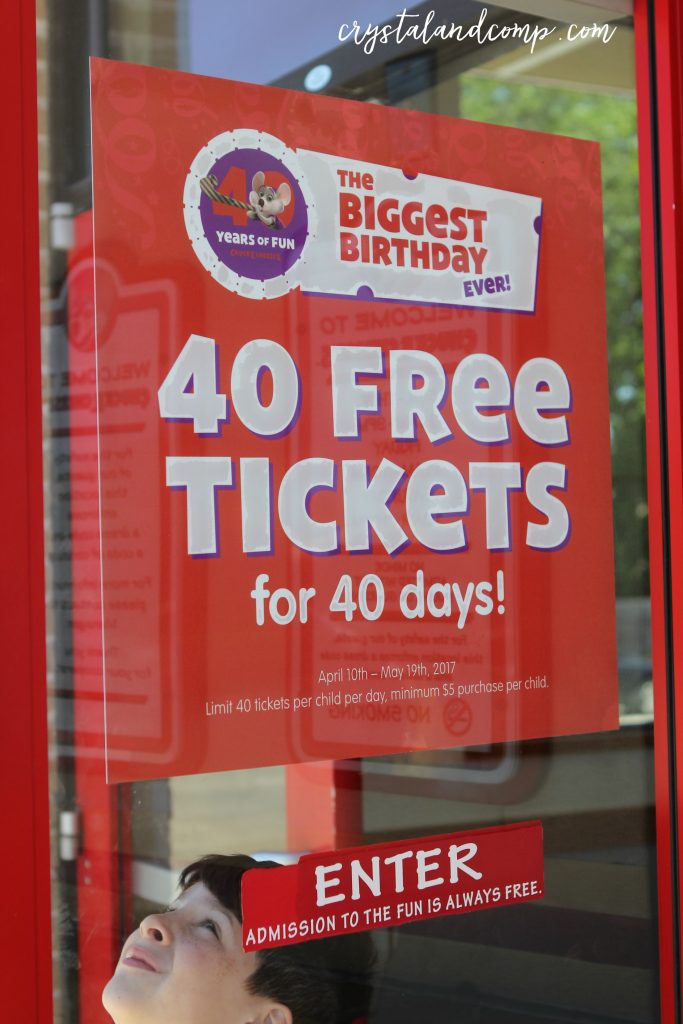 I remember when it was called Showbiz Pizza, but the characters and the excitement were the same.

My parents would literally scrape pennies for us to go. I remember our large family getting to experience Chuck E. Cheese twice when I was a young girl.

Now, I take my kids to the exact same location. The sounds, the excitement, and the smell of the pizza are the same!

And let me tell you what makes the experience…. it’s Chuck E. himself! 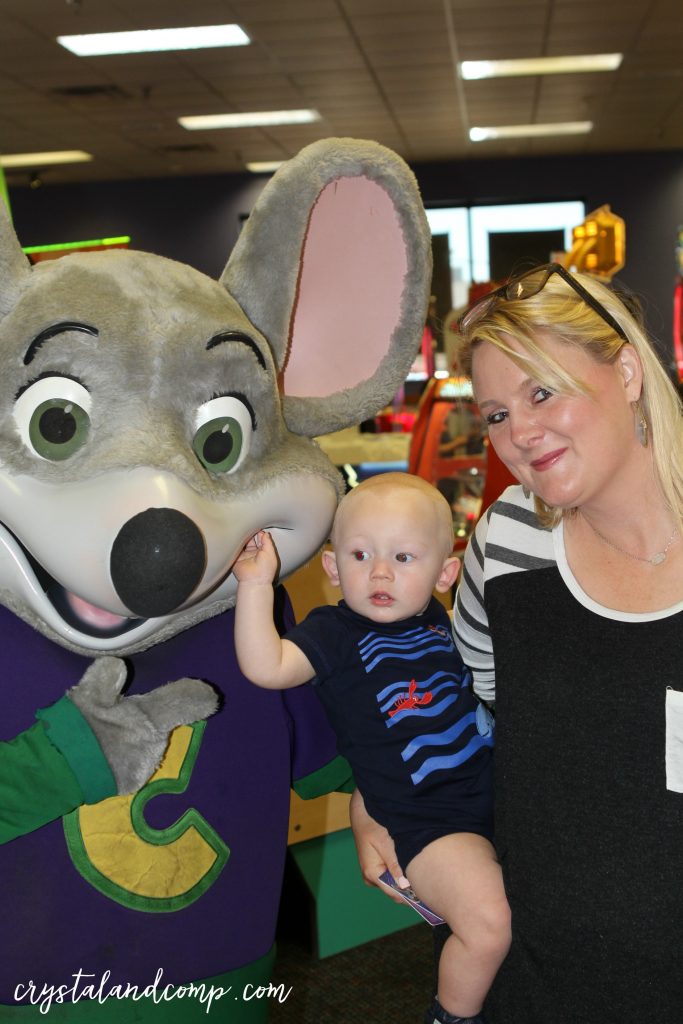 In celebration of its own birthday, Chuck E. Cheese’s is hosting a daily sweepstakes to celebrate 40 years of fun.

Right now through May 19, 2017, Chuck E. Cheese’s will grant unsuspecting fans a chance to win a free VIP birthday party experience. To enter, fans can upload an image of their receipt showing that they visited a Chuck E. Cheese’s between 4/10 and 5/19 for a chance to win the VIP party for up to 20 kids. Kids can also get 40 free tickets with a minimum purchase of $5. 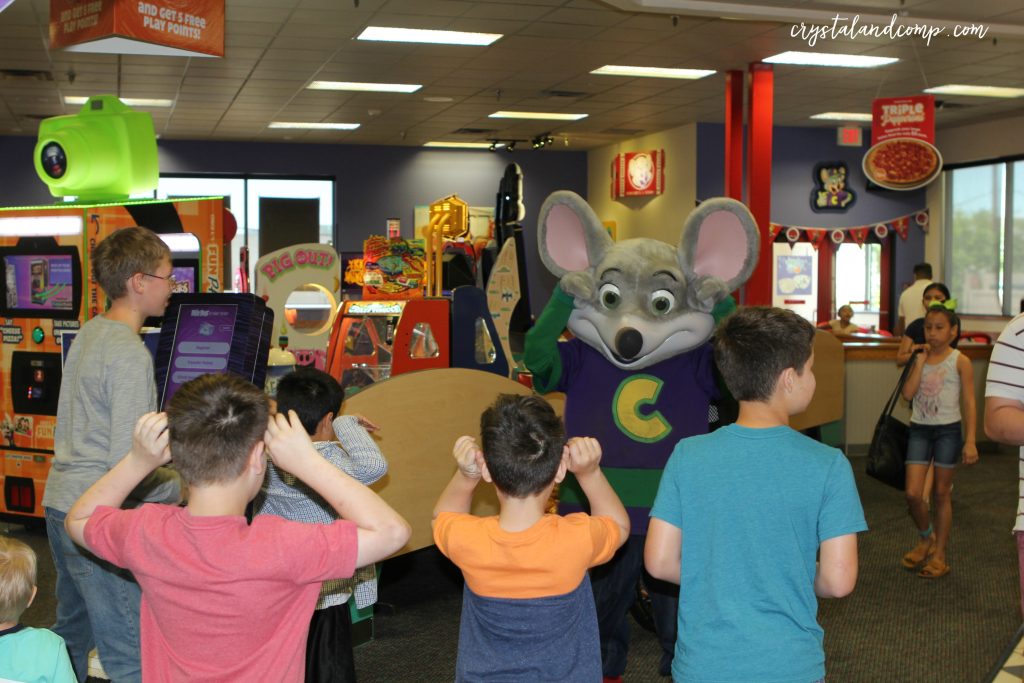 Chuck E. Cheese’s is America’s number one place for birthdays! I cannot tell you how many we have had here and it truly is one of the easiest parties you will ever throw for your kids.

Not only is it easy on mom, but it’s lasting memories. Each of our kids has had a party here and they can all tell you memories about that day! 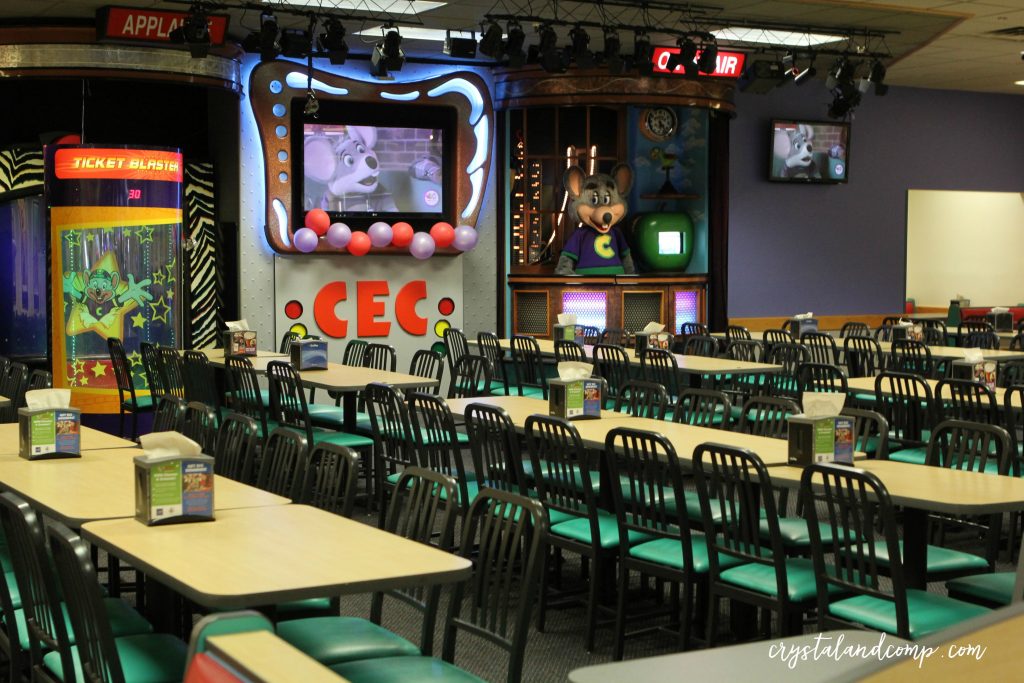 Think Chuck E. Cheese is only a weekend activity?

I am thinking hello, summer nights! 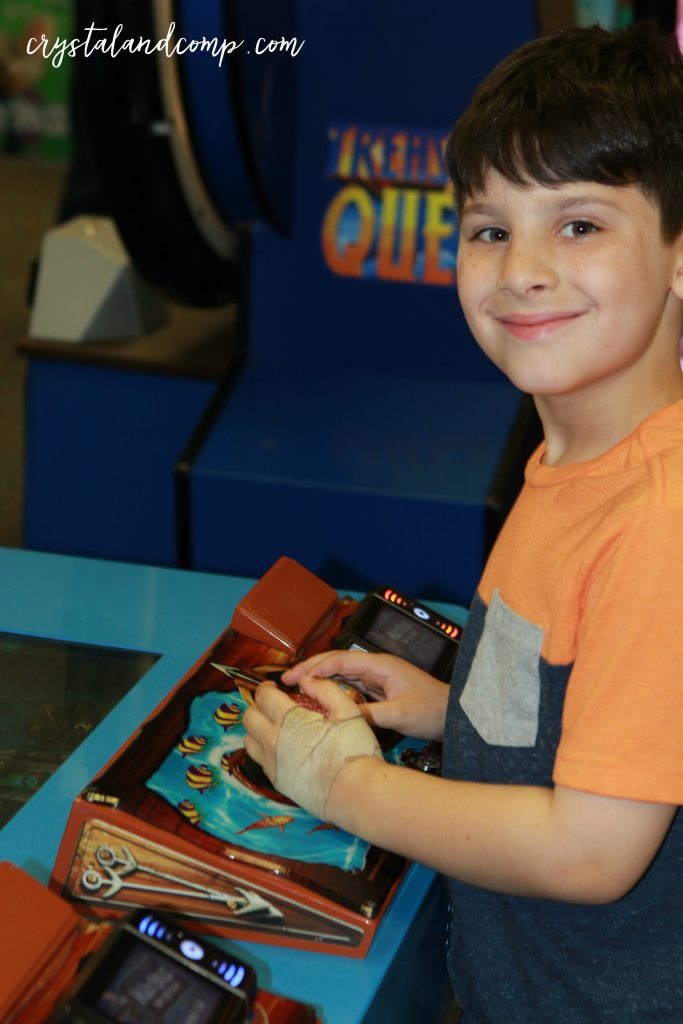 Ski ball was my favorite as a kid (and my husband has confessed the same) but my boys are drawn to games like Guitar Hero. Nicky literally had a crowd watching him play that included adults.

I promise we do not play video games all.day.long.

Ok, maybe there are days that we have marathons. lol 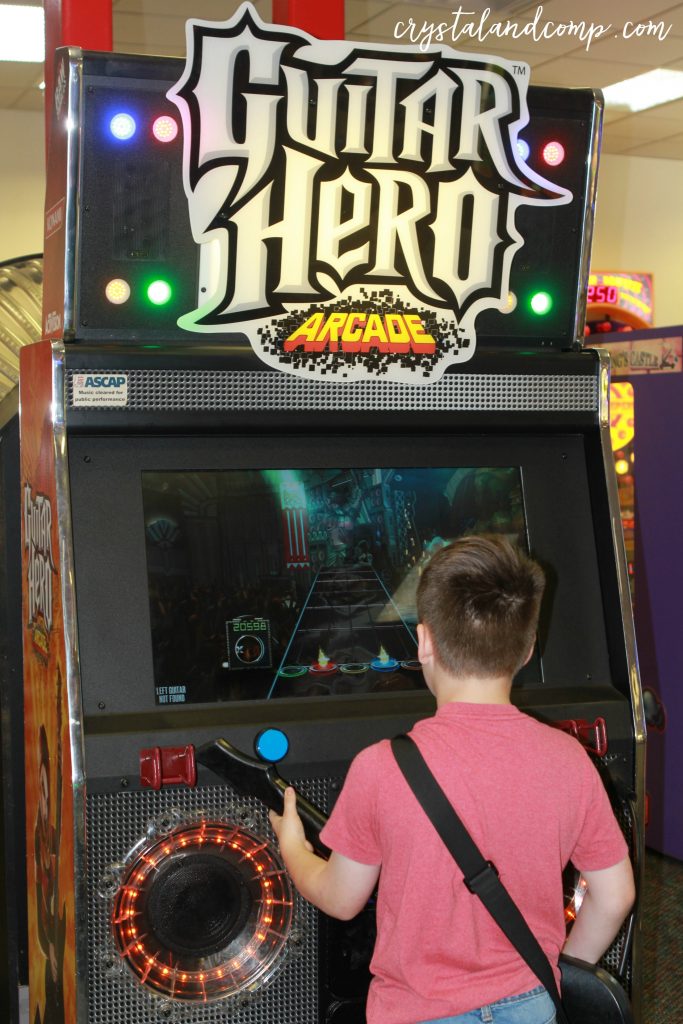 This kid right here must have asked me 20 times in the last week when we were going to go to Chuck E. Cheese. Once he knows we’re making a plan, he is counting down the minutes. He loves the games and can’t pick just one as a favorite. 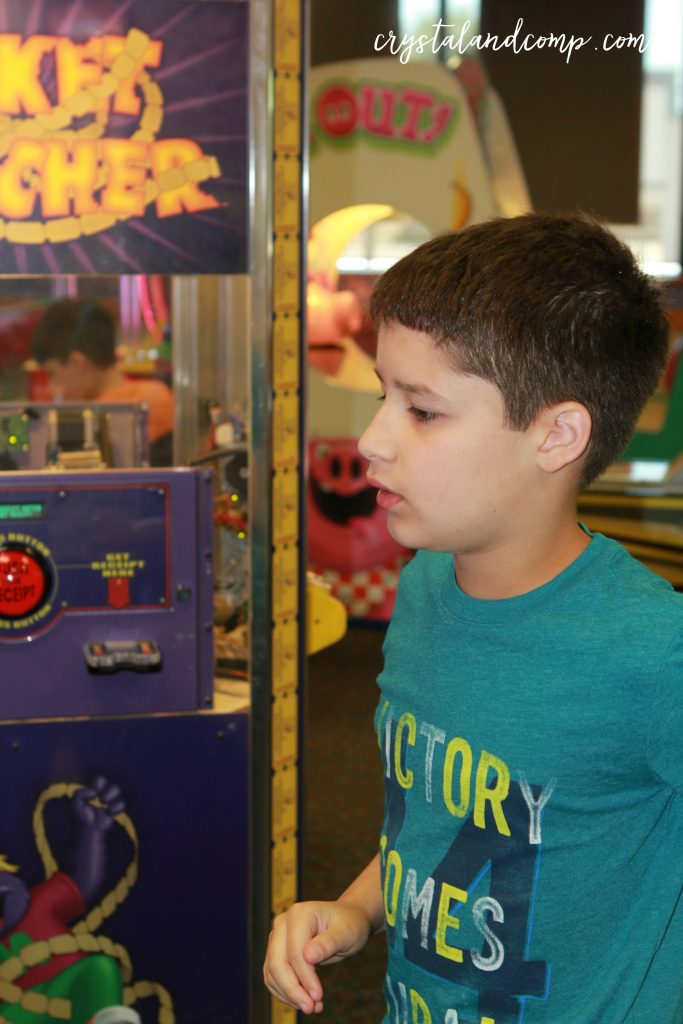 And even though this teen has a drivers permit now, he is still drawn to the games with a steering wheel!

He is a Fast & Furious fan through and through.

Let me just say, in all of our years of going to Chuck E. Cheese, it is Chuck E. that makes the experience amazing.

We thanked Noah, who was dressed as Chuck E. He was so proud of his role and treated every single child like a rock star. His role is so important and what so many of the kids look forward to.

He sure made the day special for our boys. 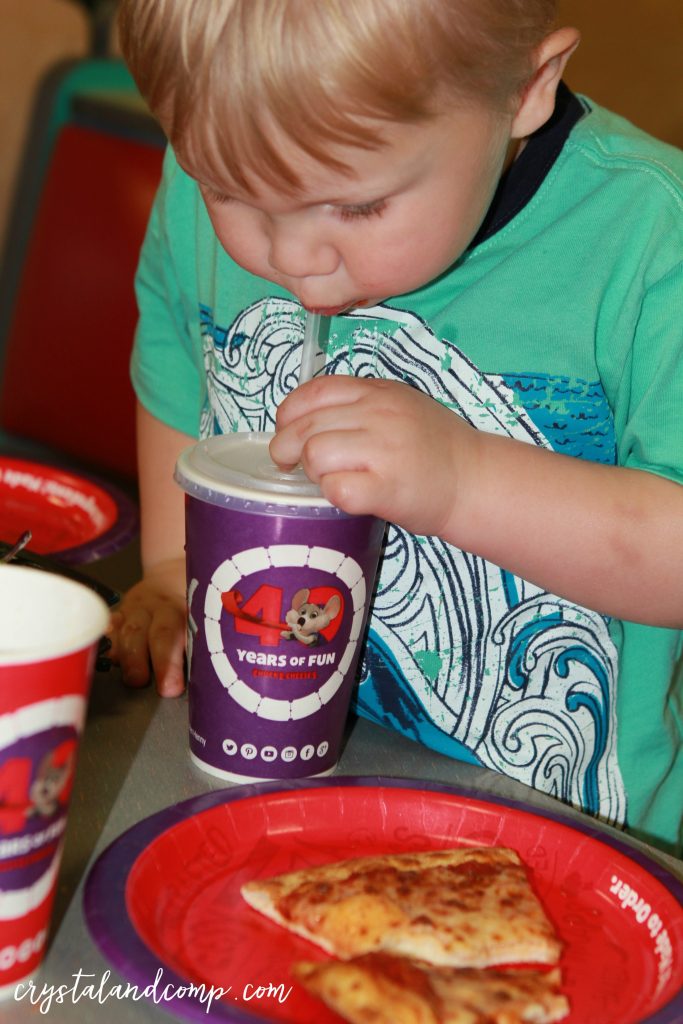 Want to be a part of a world record? 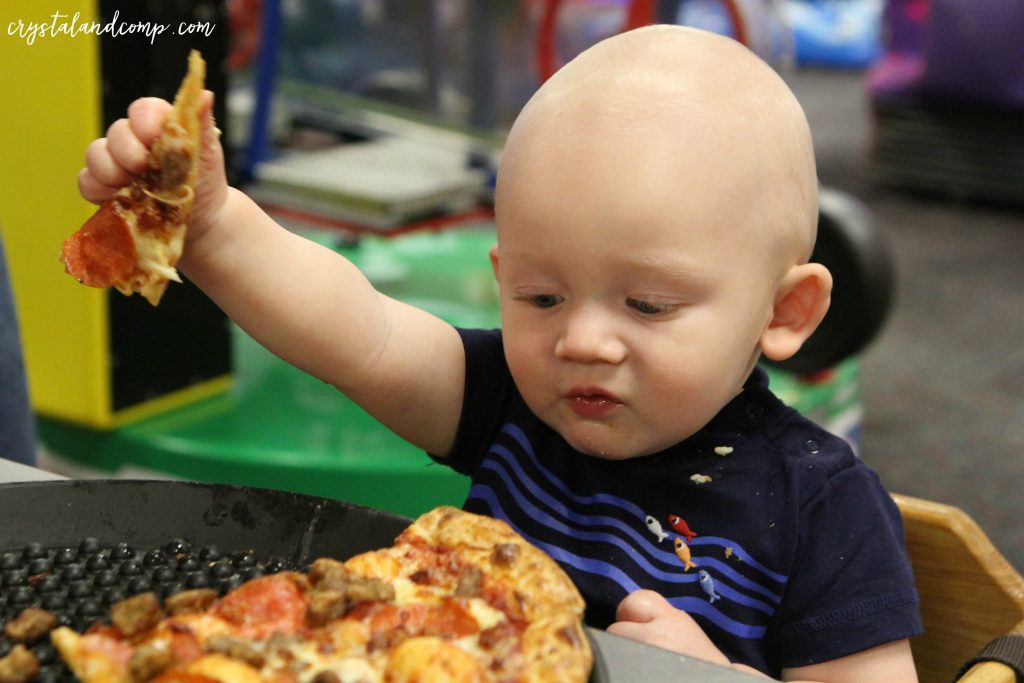 Chuck E. and friends have teamed up with GUINNESS WORLD RECORDSTM to attempt A GUINNESS WORLD RECORDSTM title in stores nationwide on May 19. They want you there to be a part of the “Most People Blowing Party Blowers Simultaneously for 10 Seconds” world-record breaking event. Every child that comes in on May 19th will receive a free slice of cake and 40 free tickets, while supplies last, regardless of participation in the record-breaking stunt. 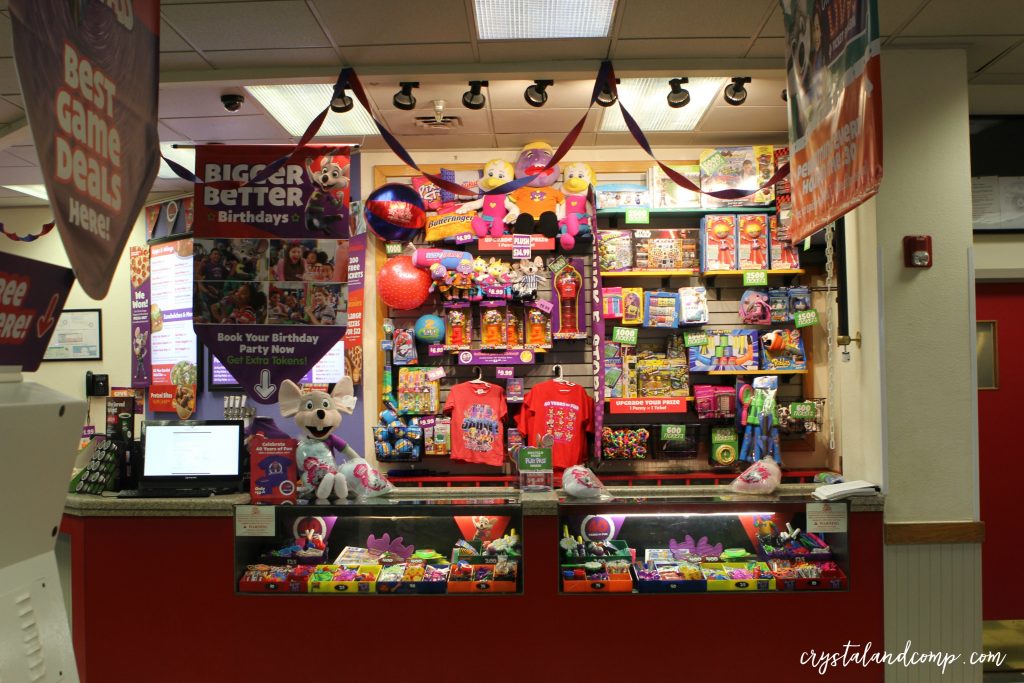 What’s your best Chuck E. Cheese memory over the past 40 years?

Better yet, do you take walks down memory lane with your kids each time you step into a Chuck E. Cheese?

This is a sponsored conversation written by me on behalf of Chuck E. Cheese’s. The opinions and text are all mine.