Elf on the Shelf took over our printer. And the well thought out joke turned on me.

I’ve seen some pretty hilarious Elf on the Shelf ideas that involved the printer. I knew I wanted to do one, but I had to keep it kid friendly.

So, I gathered up some picture of the boys from different ages and put them on the printer.

I put Elf on there face down. 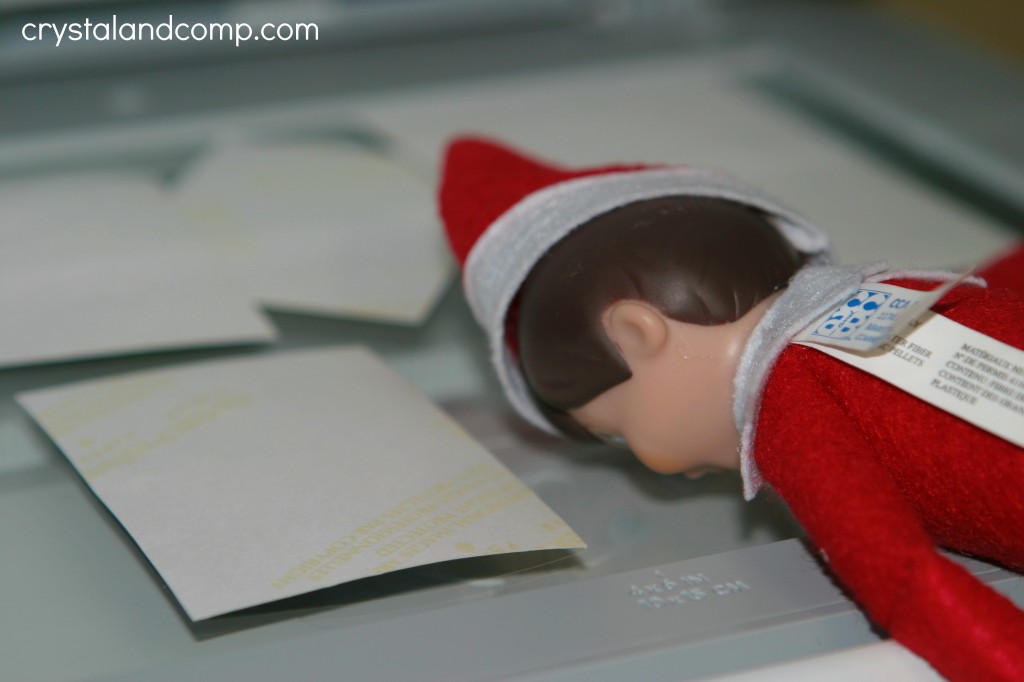 Magically a copy was made for each of the kids and I left them on the floor for them to discover. 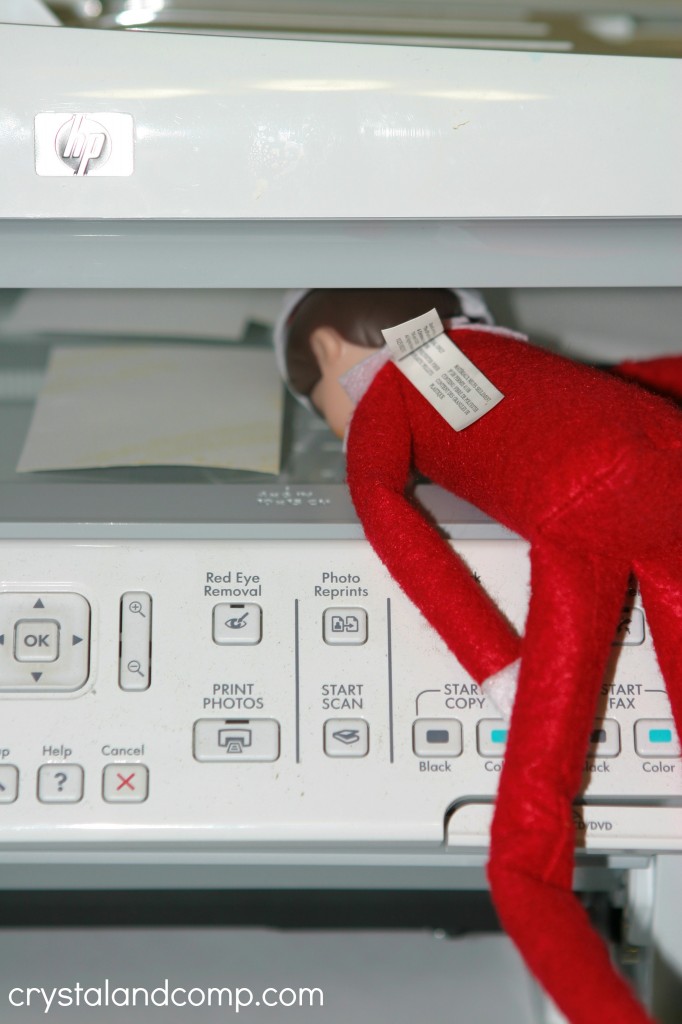 I knew they would think this was fun and get a real kick out of it. 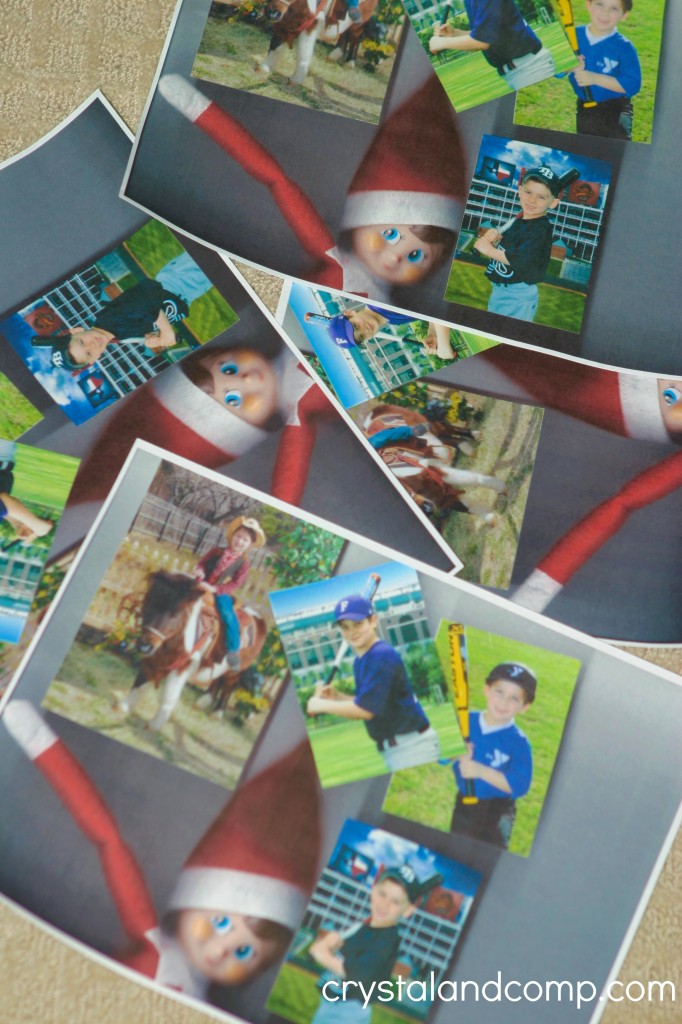 But look close in the lefthand corner of the image.

Did the dog have something to do with this? 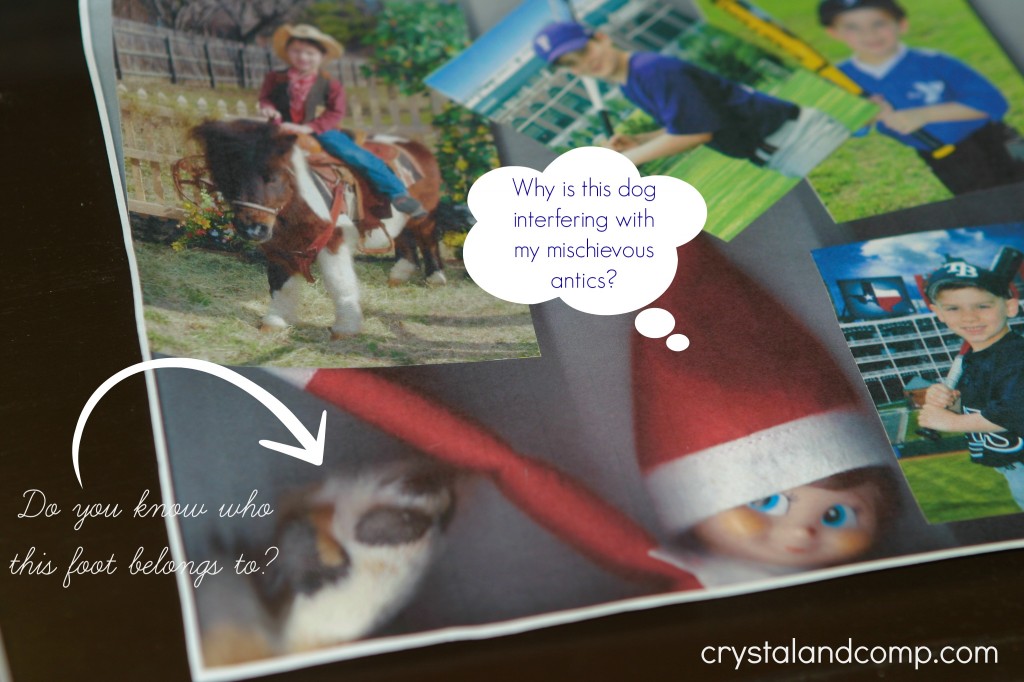 The kids found the pictures and thought it was hilarious.

And after the dog did this to Elf, I figured this was even more appropriate. The dog is totally out to get Elf!

Well, apparently the joke is on me. As the day went on one of my boys, his name to be left unsaid, snuck in and made his own copies with Elf on the Shelf.

He promises he did this without touching Elf.

He removed all of the pictures and swapped them out replacing them with a necklace his cousin Gracie left here. 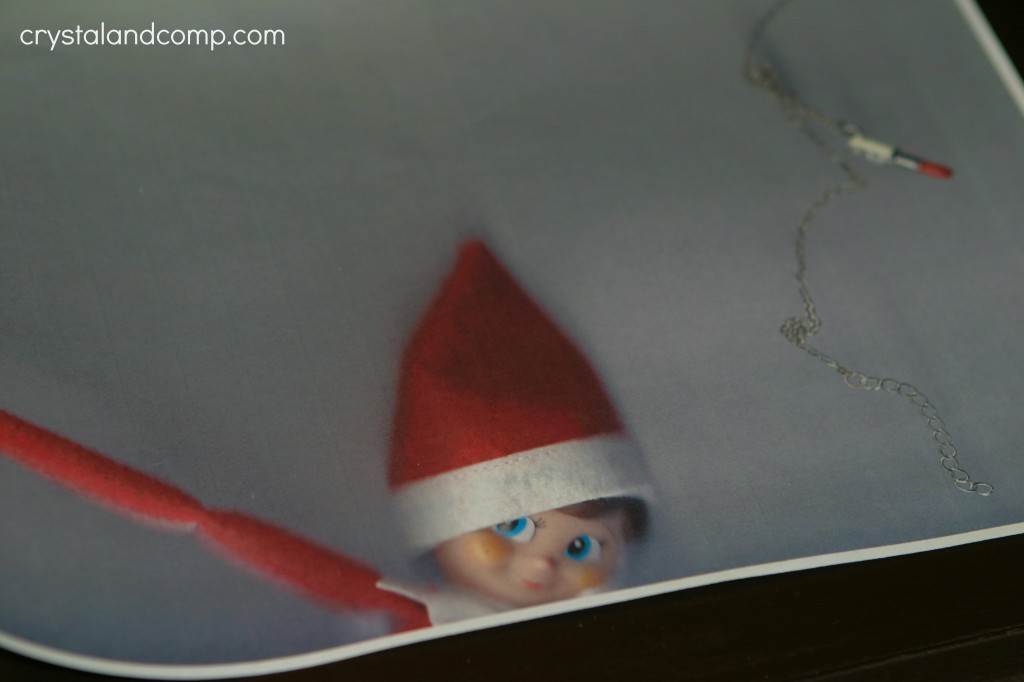 Then he put a mail flyer on the printer with his picture.

A little clue as to which child did this lies in the picture of the little boy on the horse. 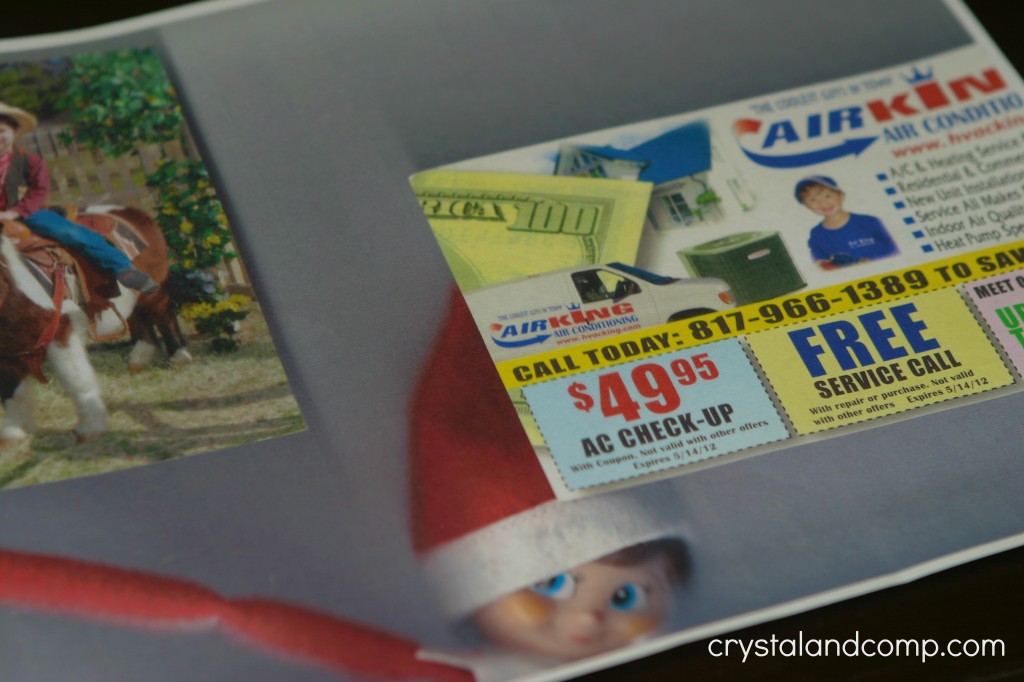 But the culprit took the guess work out of it. He wrote his name on a sheet of paper and made a copy of that too. 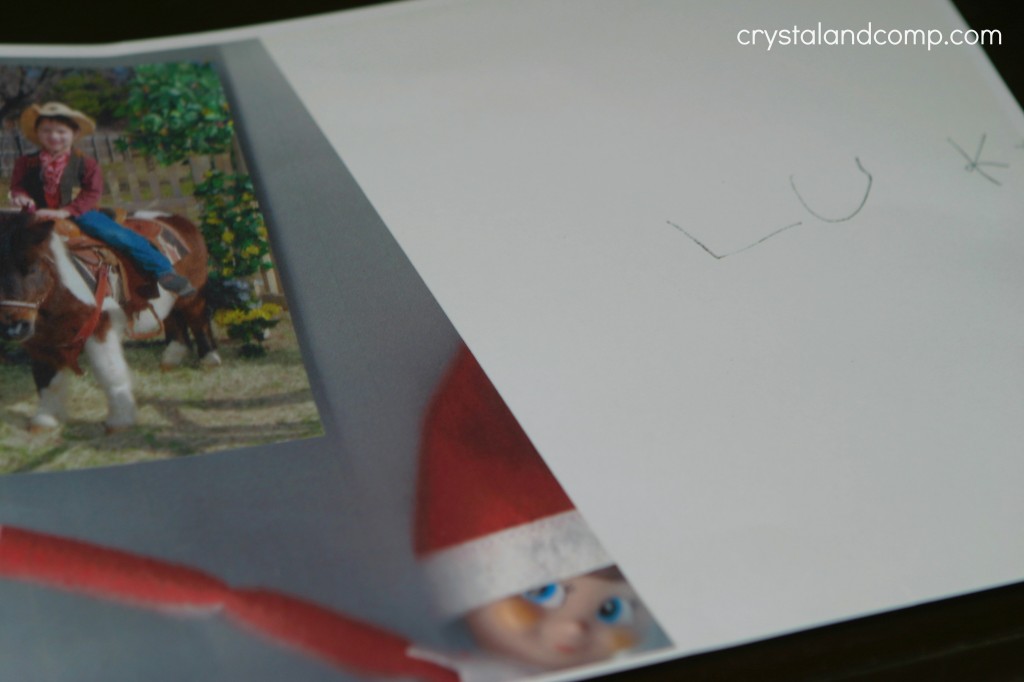 He left all the papers behind. 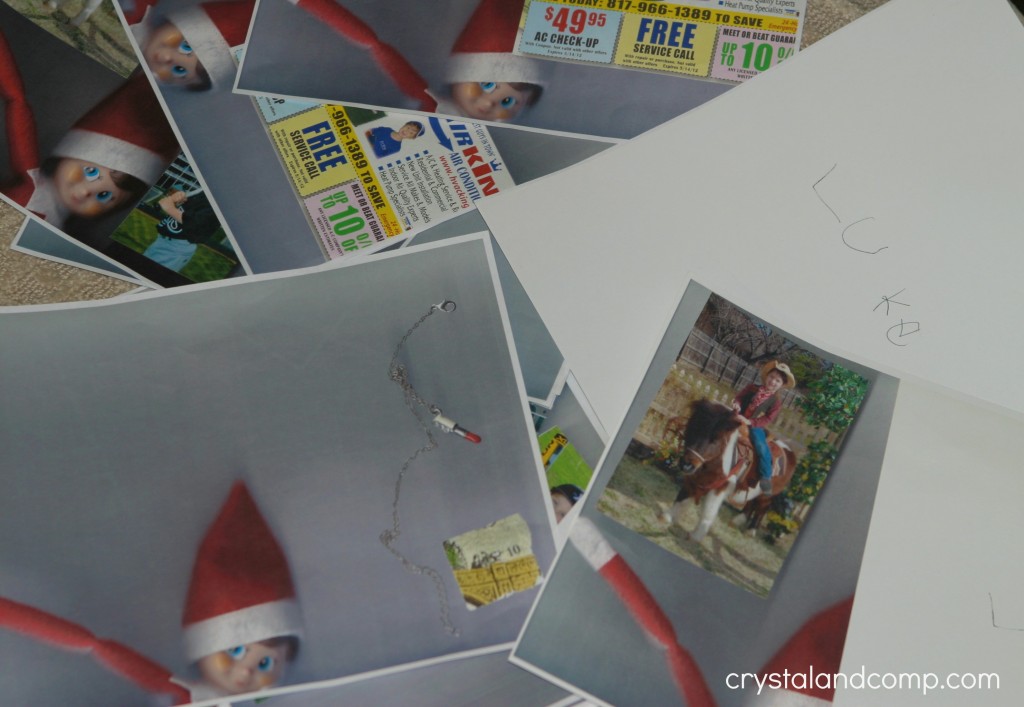 My husband was pretty ticketed that we used so much paper and toner. I can’t blame him.

MORE ELF ON THE SHELF IDEAS