You can’t ever go wrong with a fun fall side of Instant Pot Cinnamon Apples. It’s like having dessert WITH dinner. I love it.

It doesn’t hurt that I love apples, too. They’re like nature’s most perfect snack and they cook up so fabulously (and they have virtually no saturated fat). Plus, there’s so many different kinds of apples, you can get a different flavor almost every day! We have a nice list of recipes using apples!

NEED TO SAVE MONEY

ON YOUR GROCERY BILL? 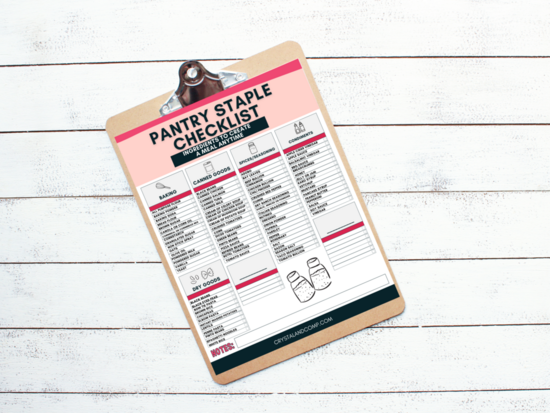 If you love making yummy apple recipes in the Instant Pot, check out my Instant Pot Apple Butter recipe. You won’t be sorry you did. It’s perfect for toast, PB&J’s, pies and SO MUCH MORE!

This recipe for homemade cinnamon apples in the Instant Pot is so easy, it’s crazy. Just whip the apples up and drop them in the pot. Couldn’t be simpler.

Let me walk you through this.

What You Need to Make Homemade Cinnamon Apples 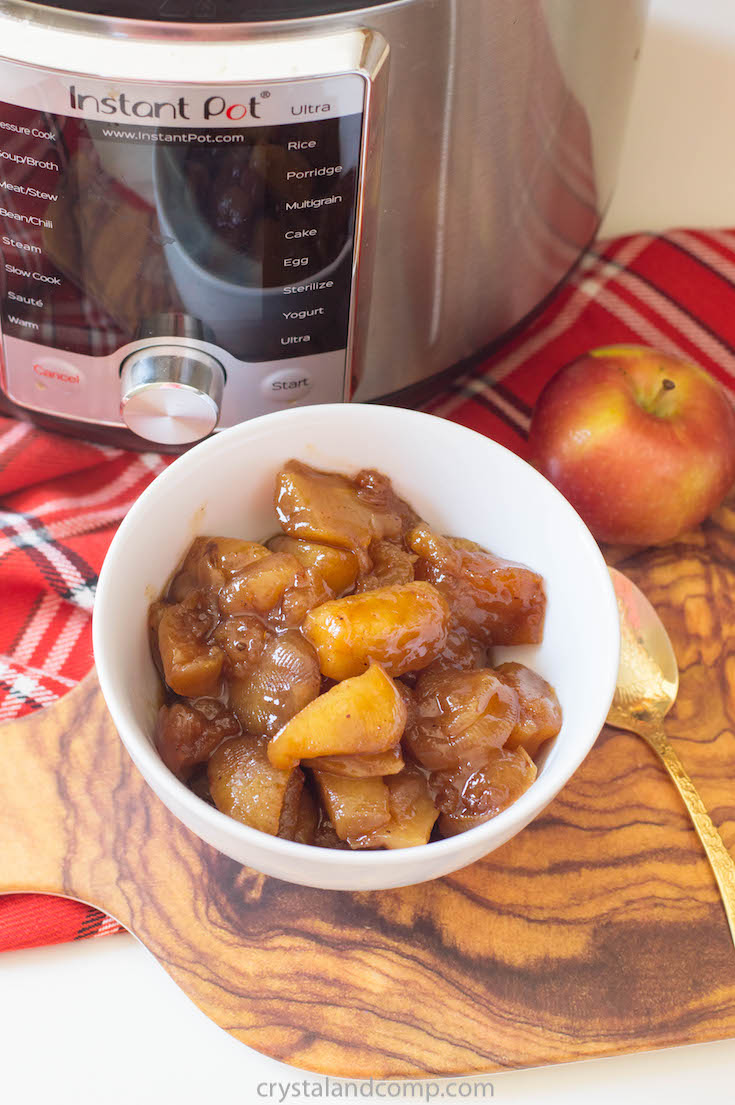 How to Make Cinnamon Apples in the Electric Pressure Cooker

I like to start with either Granny Smith apples or Honey Crisp apples. You get a totally different flavor, depending on the kind of apple you choose, so pick wisely.

Peel and core your apples then slice apples into medium-sized slices.

Mix apple slices with lemon juice. This will help keep them from browning but will also give the cinnamon apples a wonderful little bite.

Add water and apple slices to inner pot of Instant Pot. Try to make sure the apple slices go in after the water so that the apples have a little bit of a shield from touching the inner pot directly. Wouldn’t want them to stick, you know.

In a small bowl, mix together maple syrup, cinnamon and nutmeg with a whisk.

Pour this maple syrup mixture over the apples evenly. You want all that good stuff pushed into the apples as much as possible.

Combine cornstarch and water in another bowl and then pour over apples evenly.

Close and lock lid then cook on high pressure for 3 minutes.

Quick release. Just be careful to stand clear. That cornstarch can sometimes decide to spray a little.

Gently mix before serving. I love mine served warm with a thick cut of meat! 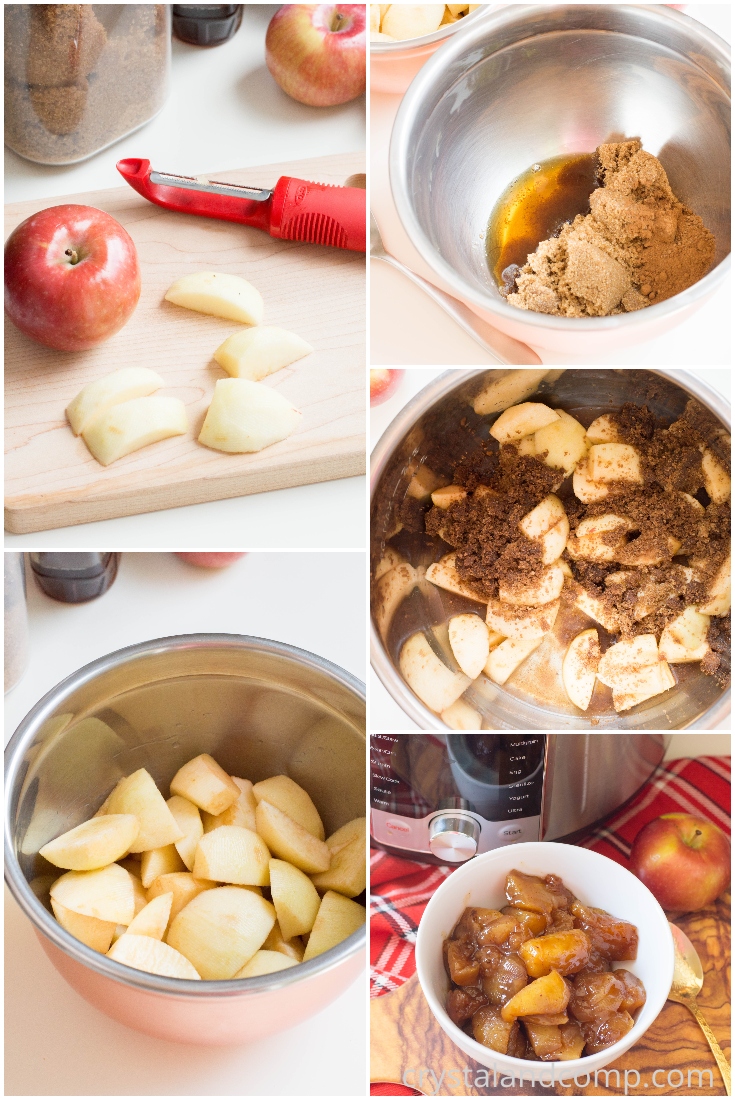 Can You Make Homemade Cinnamon Apples in the Slow Cooker?

Yes! You can absolutely skip the pressure cooking. It’s super easy. Just prepare the apples the same way as the instructions above, but then put add apples to the crock pot and turn it on medium heat.

Add 1/2 cup more water, then cook them for 3-4 hours or until the apples are tender.

Can You Make Homemade Cinnamon Apples on the Stove?

Absolutely! just prepare the apples and the sugar/cinnamon/syrup combination as described above, then put it all in a skillet over medium heat for 20-30 minutes, stirring occasionally. Just pull them off when the apples get tender. Yum! 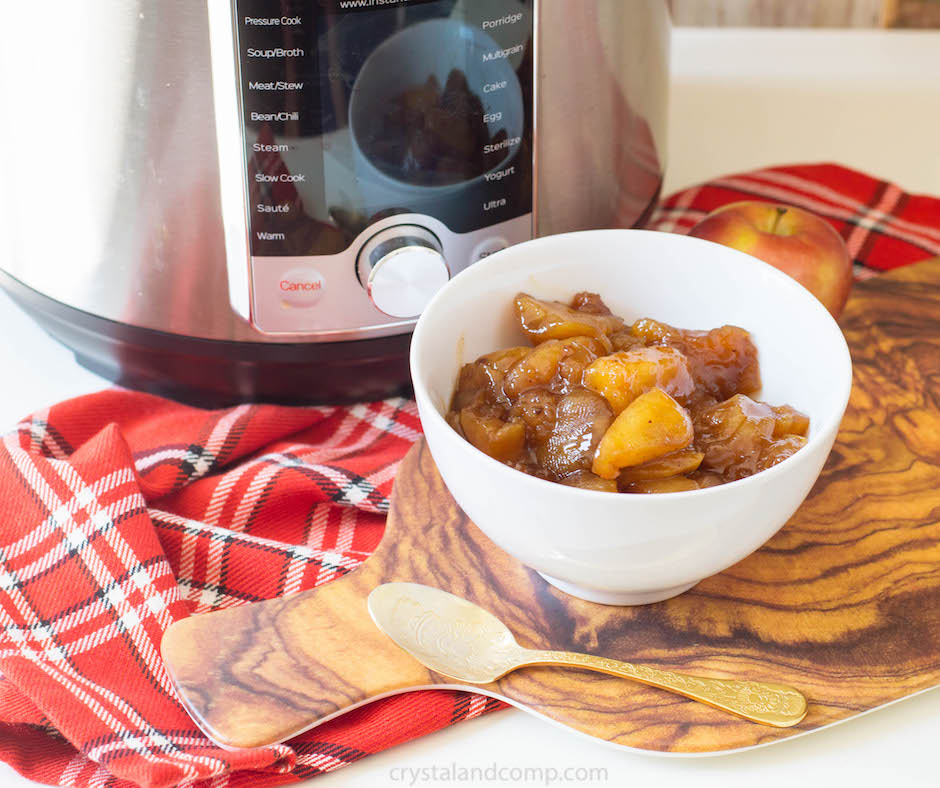 What Can You Do With Cinnamon Apples in the Instant Pot?

So, I love a great cinnamon apples on the side dish for a nice hearty pork chop meal or some other thick cut of meat. It makes a nice foil for a heavier meat. But there’s lots of things you can do with cinnamon apples that aren’t just plopping them down as a side.

You can make a quick pie or tart with them, can them to eat later, put them on french toast, make overnight oats, or even cinnamon applesauce.

And, did you know that you can use applesauce to replace butter in a lot of recipes? Imagine using cinnamon apples to make a fun applesauce and then adding that to a pumpkin pie. Ah-mazing.

How Long Do Cinnamon Apples Last?

Cinnamon apples are generally good in the refrigerator for 3-4 days. But, you can absolutely freeze them and then they’re good indefinitely, as long as they’re in a nice airtight container. You can also can cinnamon apples. It’s a little more complex, but you can do it and then have a jar of cinnamon apples just waiting to be snacked on! 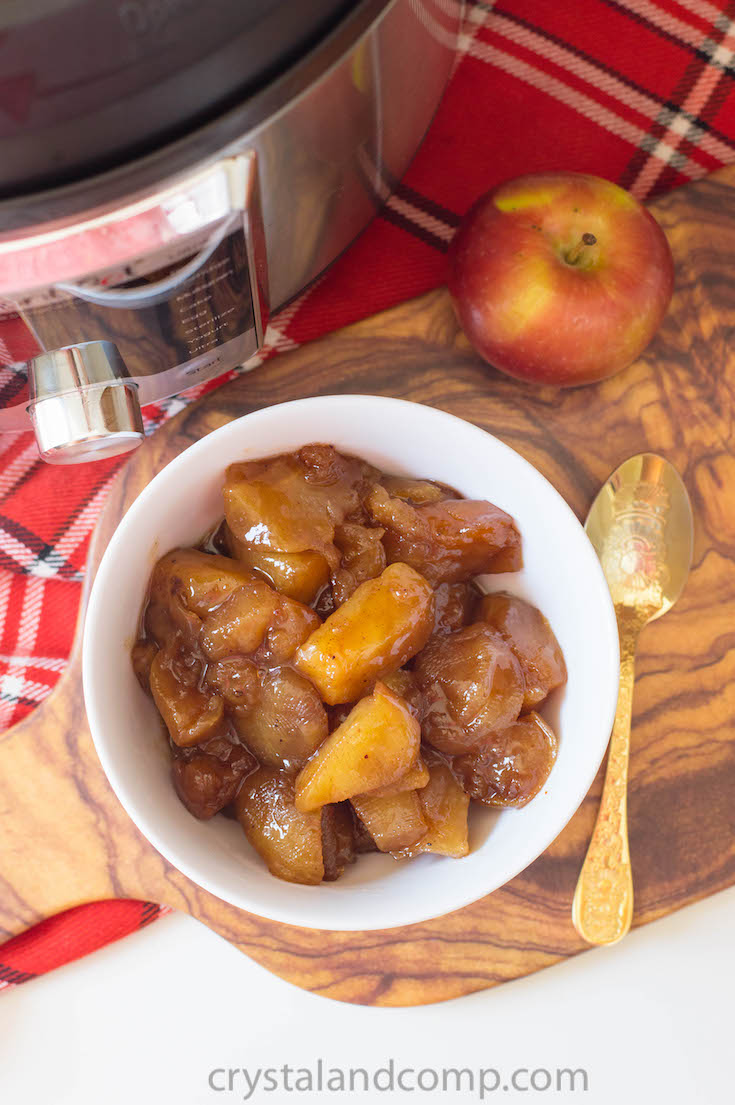 Need some more recipes to help you use up all the apples you have on hand? Check out my Recipes Using Apples Pinterest board.

As an Amazon Associate and member of other affiliate programs, I earn from qualifying purchases.