You are here: Home / educational resources / Letter of the Week Snack: E is for Eggs

Hi, everyone!  It’s Chrissy from The Taylor House, I am so excited to be here at Crystal & Comp to share some fun Letter snack ideas with you.  This is week five of our Letter of the Week Snack ideas for preschoolers and this week is the letter “E”.

Letter of the week snacks are a great way to start introducing letters to your kids at a young age by sharing the alphabet with them in a fun and unique way.  What child wouldn’t love to have fun snacks like these?

Another great idea is to use these snacks in your kids classrooms or if you homeschool.  Have them coordinate their snack with the letter they are learning that week.  I think a teacher would love this idea and having another way to incorporate the letter into their lesson plan.

This week was a hard week for me to come up with a snack idea.  The letter “E” makes me think of Eggs and elephants, so, I created a version of Bacon and Eggs for this weeks snack.

How to Make the Letter of the Week Egg Snack

Materials you will need: 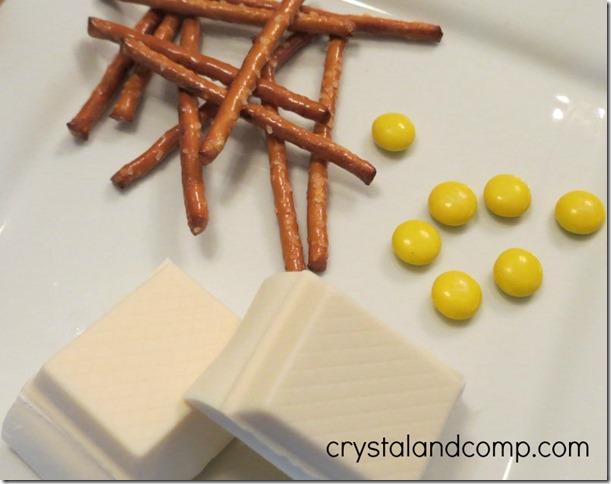 Letter of the week step by step tutorial 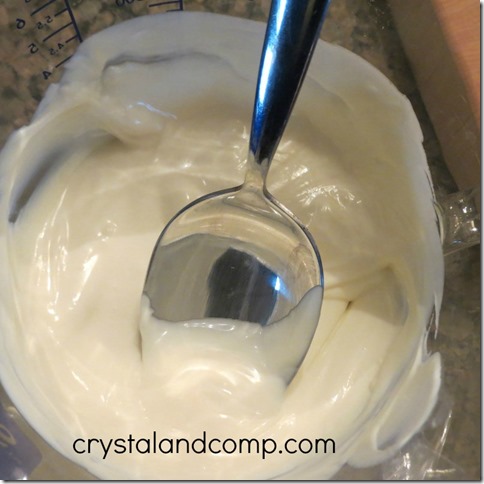 Step 2 – Place 3 pretzels together on a plate 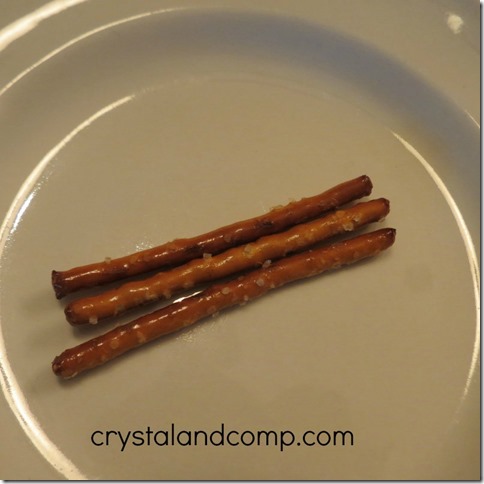 Step 3 – Place a small amount of melted almond bard and one yellow M&M in the center over the three pretzels.  Tip, I put the almond bark in a small sandwich baggie so that I have better control over it. 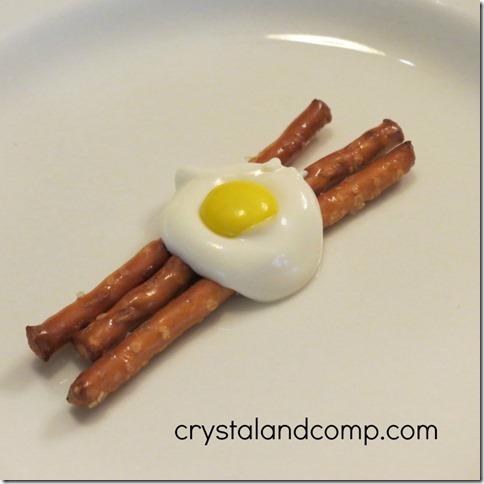 This ended up being such an easy snack idea for my kids.  They thought it was really creative and fun to eat!

OTHER IDEAS FOR LETTER OF THE WEEK Bacon & Eggs