This is a sponsored conversation written by me on behalf of Johnsonville. The opinions and text are all mine.

My mom is child number nine out of ten children. They were a military family, her father was a Master Sargent in the United States Air Force. Her father retired when my mother was 11, but she spent most of her childhood traveling from state to state. From Arizona to Texas then to Alaska, then back to Arizona, to Oklahoma and then finally landing permanently in Texas.

My mother has many memories of growing up living on base and her parents entertaining other families. She remembers that being one of my grandmother’s favorite things to do- specifically having friends over to play penuckle.

My mom said one of her favorite memories as a child was going to the commissary to buy groceries. My mother said one time she told a stranger, as they were on the dog food aisle, that her mama fed them Gravy Train for dinner. She said my grandmother wanted to crawl under a rock.

Three of my mothers five brothers went on to make careers in the Marines. They all fought in Vietnam War.

One of my cousins went on to join the Marine Corps as well and experienced the Gulf War and the War in Afghanistan and is now also a military veteran just like his uncles.

Another cousin has gone on to be a recruiter for the Army after being in the National Guards.

As you can see, the armed forces run deep in our family.

I have been a long time fan of Johnsonville and when I found out they wanted to show appreciation to local San Antonio spouses and families for the sacrifices, I knew I wanted to be a part of this. Did you know the Friday before Mother’s Day is always Military Spouse Appreciation Day?

I had the pleasure of attending an event at Fort Sam Houston here in San Antonio last week where Johnsonville fed hundreds of family members using their 65 foot Big Taste Grill. They travel all over the US feeding people and giving back each year.

I love the heart they have for this country. And they are right, you can’t spell sausage without USA!

On one end they were grilling bratwursts and on the other end the Bush’s Baked Beans folks were sharing their beans… but not the family recipe. (wink wink) 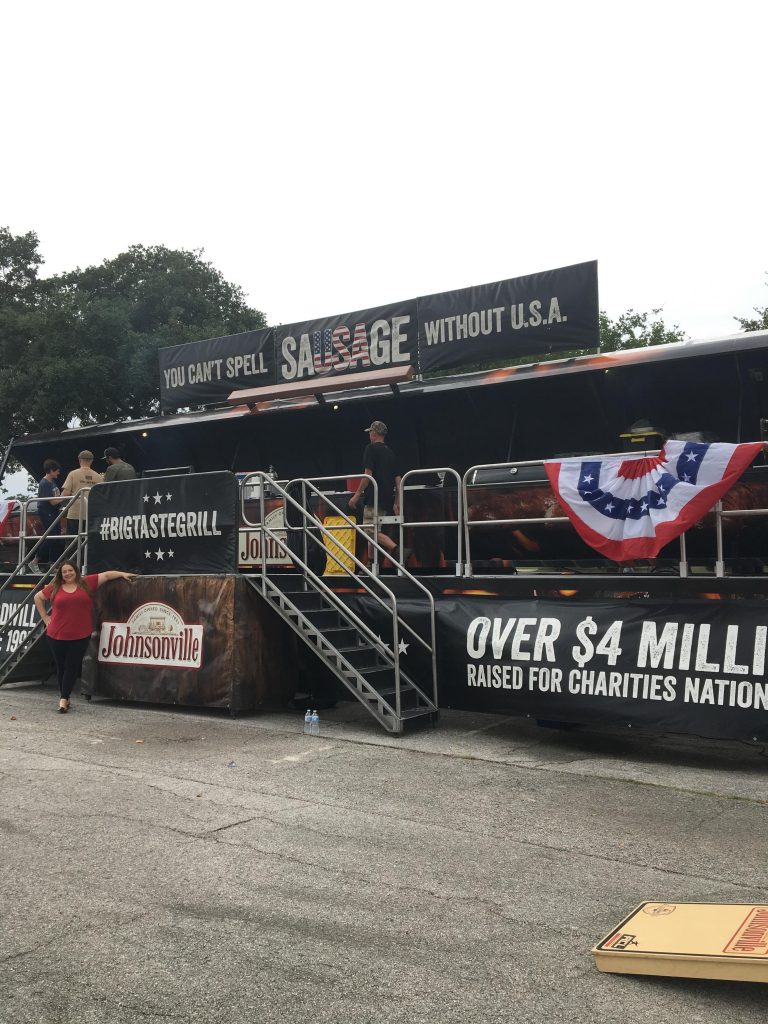 And guess who I had the pleasure of meeting… “roll that beautiful bean footage”. 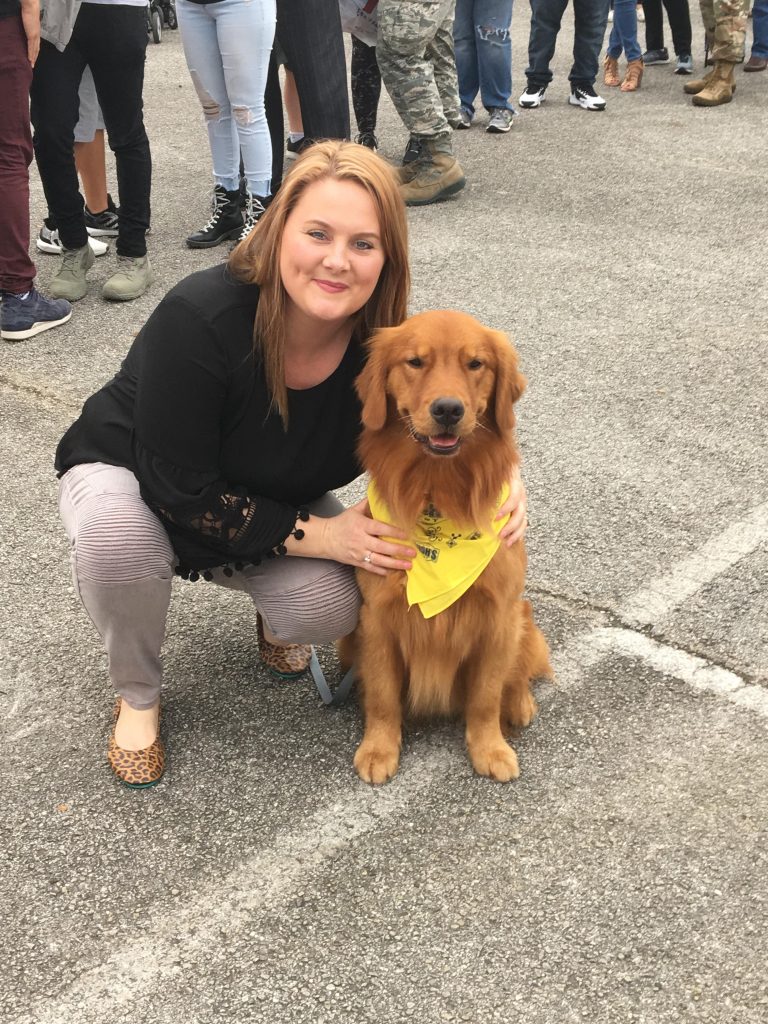 His name, as you likely know, is Duke. He is the Bush’s family dog and is the sweetest! 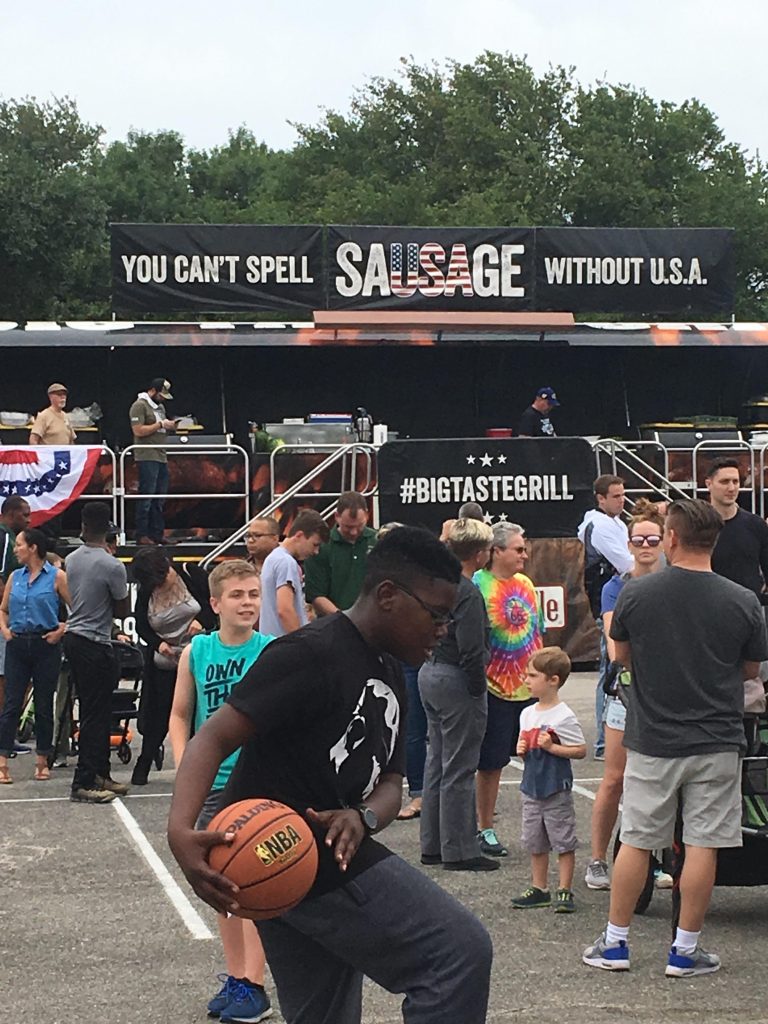 And you won’t believe who else was there!

Let me just say, in San Antonio the Spurs are a big deal.

Do you remember the now retired David Robinson? He spent his entire NBA career playing for the San Antonio Spurs. He is known here as the “Admiral” based on his reputation for being a former service as a Navy officer.

Showing his appreciation to the families was very important to him as he was also raised as a military child, his father also being in the Navy. He knows the sacrifice of military life and what each family is doing to make that happen for this country.

He spent time with the families and signed endless autographs. I love his heart for giving back to those who serve! Such an awesome man. 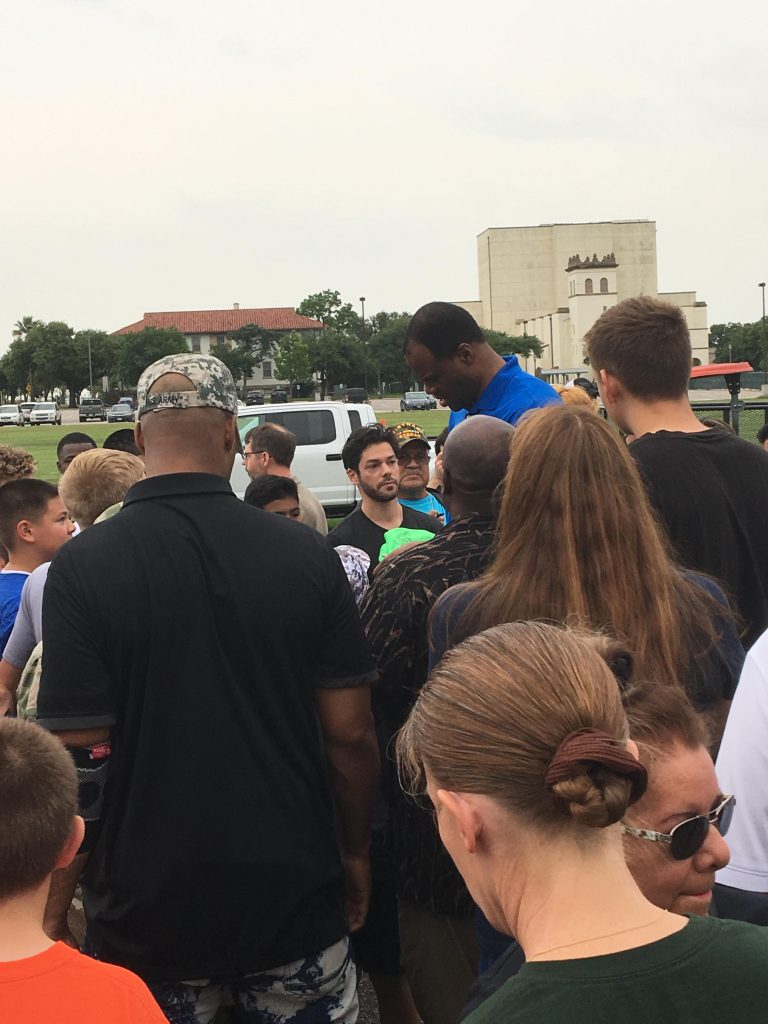 He also shared with us his favorite Johnsonville sausage…. it’s my favorite too.

He loves the Italian sausage and if you follow me over on my Get Dinner on the Table Facebook group, you have seen me cook with their Italian sausage many times when I make homemade spaghetti. I love the spicy version.

I love that Johnsonville is family owned with strong family values. That means a lot to me when I am choosing the brands I want to bring into my home.

I also love that over the last 25 years they have given back to the community over $4 million in charities.

If you have a family gathering this summer, or pop the tent at the camp grounds, throw some Johnsonville bratwursts on the grill. You will have smiles for days. 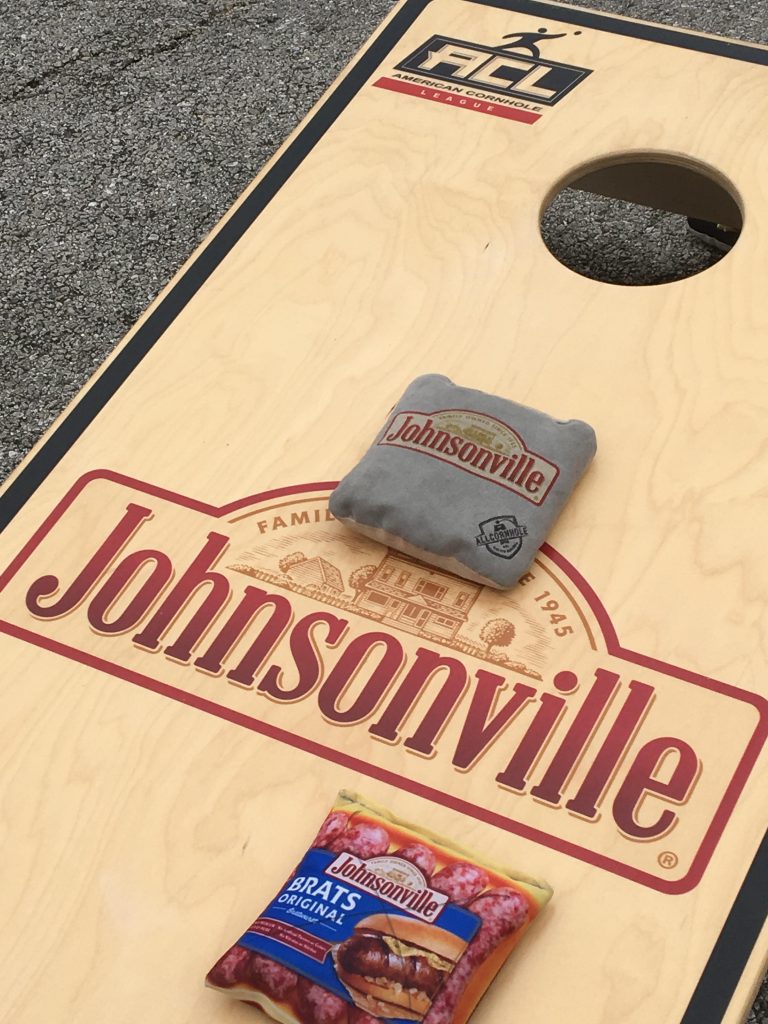 And remember, May is Military Appreciation Month. Thank your soldiers for their service!