In my years of raising children I have grown to understand that there are many different child discipline methods out there. But, there is one method that I have used for a very long time. It is called the Oreo Cookie Method…. or so our family counselor called it.

When my oldest son was little there were discipline and behavior issues. He was diagnosed with depression and ODD, which is Opposition Defiance Disorder. His father and I had separated when he was 18 months old and went through a stressful divorce that spread out over almost two years.

From the time our son was 4 years old until he was in 2nd grade he and I saw a counselor together. Filial Therapy (also known as play therapy) was orchestrated to try and help my son. It really is a very interesting process. I also took classes from our counselor to learn to do this at home with my son. One of the things I learned in this process was that often times, especially when children feel like they have no control, they lash out more.

Our counselor reminded me that children like control and sometimes our delivery of discipline really can change the tone, especially with very defiant children. She taught me what she called the Oreo Cookie Method and I still use it to this day and I share it with moms often! 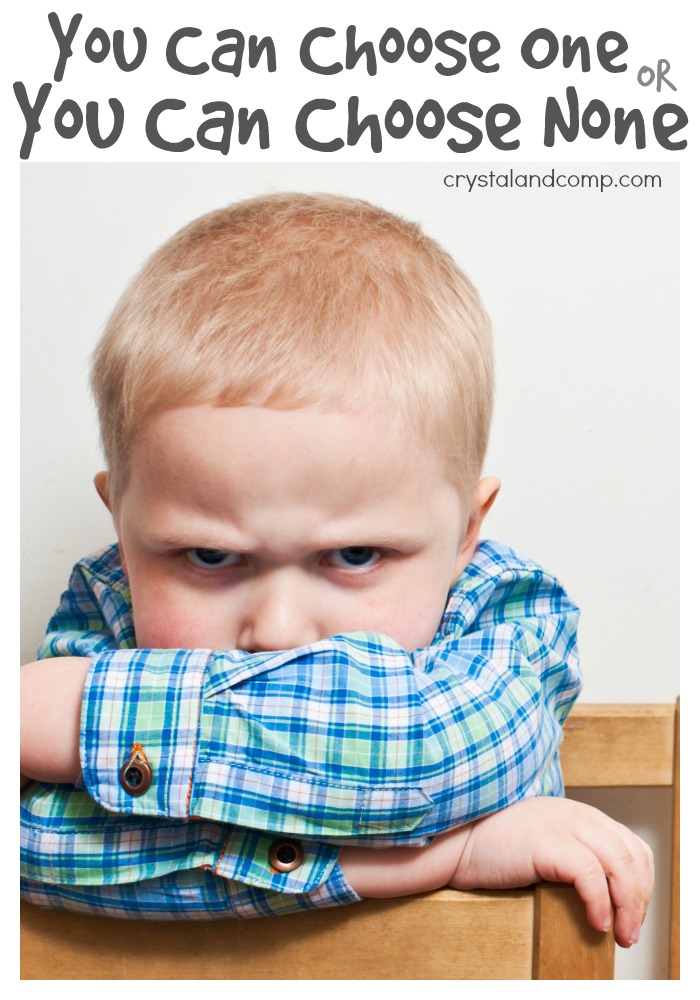 She told me the story of a professor she studied under in college. I am told this is a method he used with his children. (Let me also add, my family counselor is a Christian woman with grown adult children. She was seasoned.)

One of his children wanted Oreo cookies. He told the child she could have one.  The child started to throw a tantrum demanding the number of cookies she wanted, not happy with the number her father offered her. 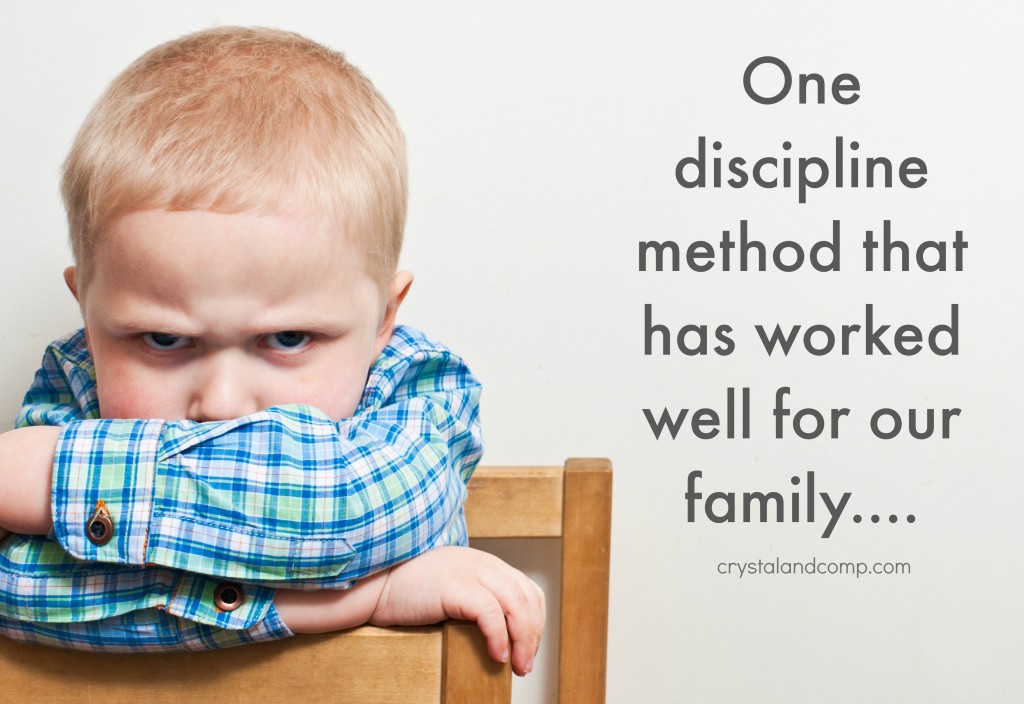 Over a decade later we still do this.

When little Matthew, who will be six in a few weeks, refuses to eat dinner not eating is not an option, I use the Oreo Cookie Method. You can choose to eat your dinner or you can choose to lose _____ privilege, for example. (I always encourage them to try at least a few bites of everything on their plate. That said, if I know he dislikes a certain food I refrain from putting it on his plate.)

When Luke thinks he can pile the Milano cookies onto a plate after eating lunch, I give him a choice- he can choose three cookies or one cookie, for example.

While this is not our only form of disciple, it is where we start often times.

We also do time out… even for the almost 14 year old.

We also use spankings as a last resort if the punishment meets the crime.

We also believe that children should be obedient and do as they are told, always respecting authority. That said, we do like to deliver things to them in a way that does not always feel like we are saying no, no, no.

Ah, raising kids is not easy is it? And they certainly did not come with a manual.

These books are on my bookshelf…. or loaned out to friends and family.