Today marks day five of Elf on the Shelf at our house this year and boy has it been an interesting day.

Elf had a bad fall…. and he is resting. 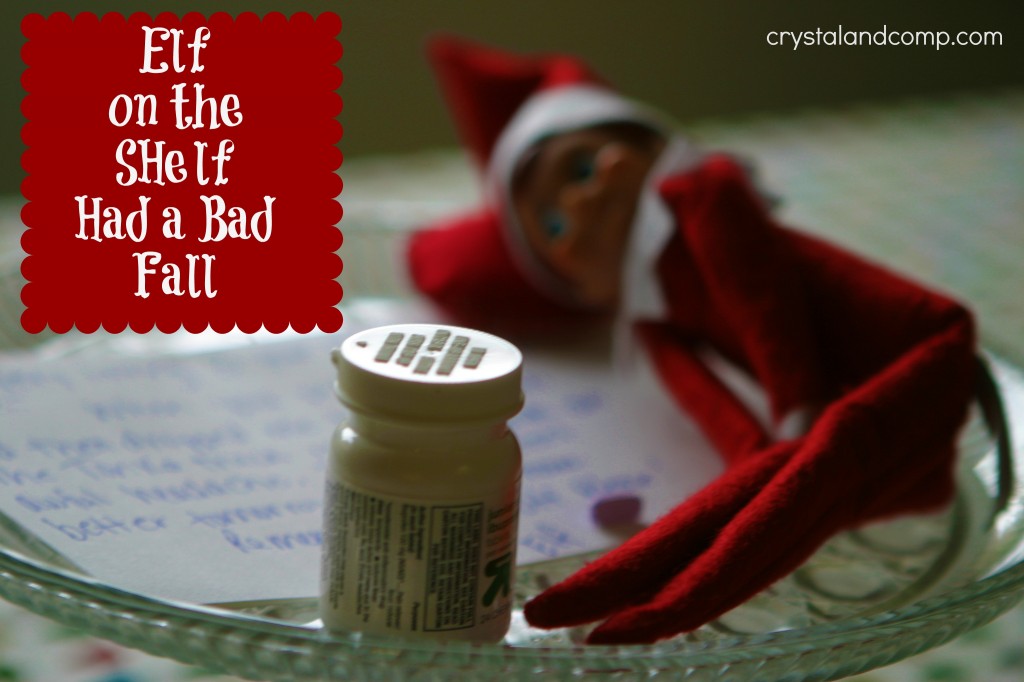 Apparently Elf feels that being in a glass cake dome is the closest he can get to living in a bubble.

He has instructed that everyone is to keep their hands off of him! 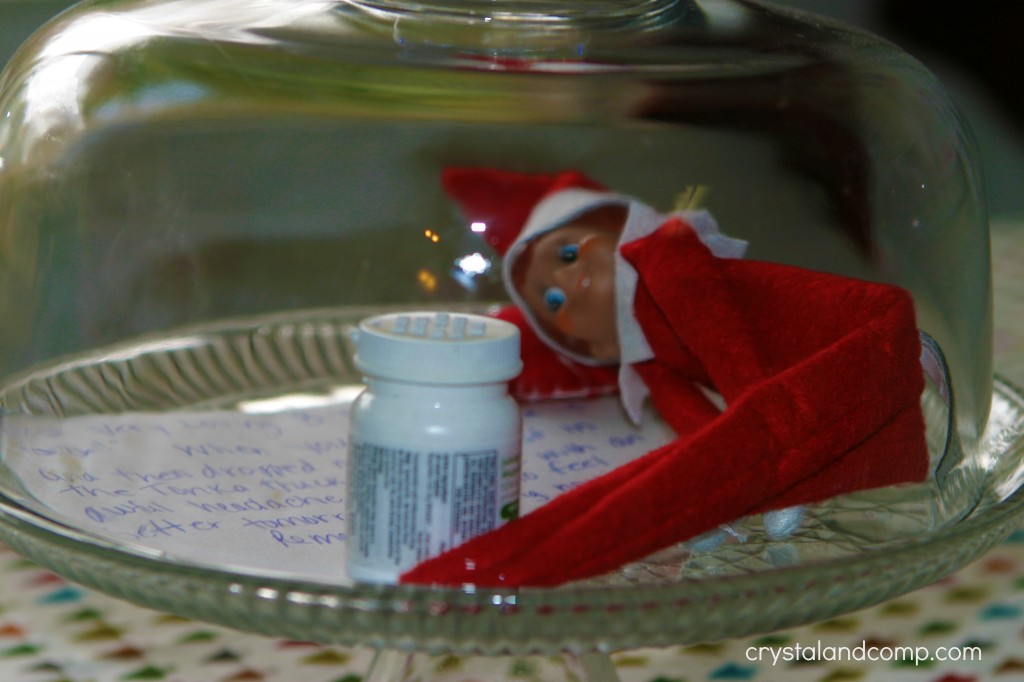 He even found a cushy ornament from our tree to use as as pillow.

And he left this lovely note for the handsy 3 year old.

You could also use these blank printable notecards instead. 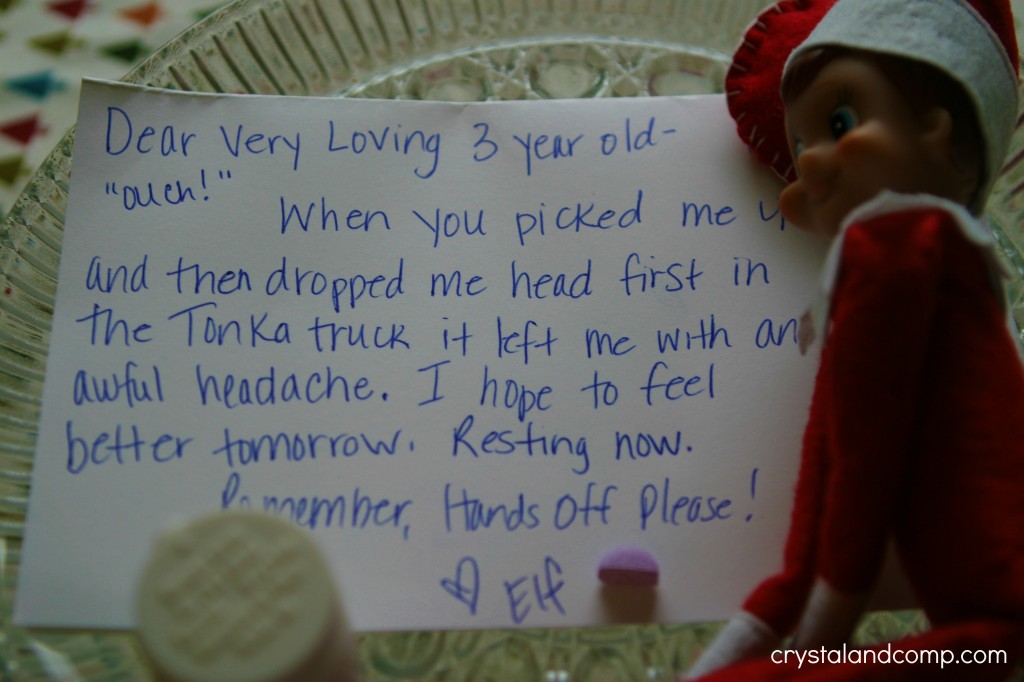 I think the letter explains everything.

Matthew dropped Elf head first into the Tonka truck that Elf was in yesterday.

Now Nick and Luke are concerned he has lost some of his magic.

Luke is concerned how Elf will get out from under the cake dome.

He got in there, he can figure out a way to get out…..

NOTE: You do not have to use a medicine bottle or aspirin. You do what you’re comfortable with.

Get an Elf on the Shelf Kit delivered in one day!