My kids have been begging for a dog for at least 2-3 years. Maybe longer.

As our twins have gotten older, the question comes more often. Remember when Nicky asked for a dog and I told him someday and he thought I said Sunday?

Our house is already chaotic. I already clean up tons of messes. My reservations with getting a dog is that I wanted to ensure all of the kids were old enough and responsible enough to chip in and take care of him

Well a week ago my husband was on a job site and the customer had rescued this cute little dog from the streets. For a month they had tried to find him a home. They even took him to the local pound hoping he would be adopted. After so many days the pound called and said he was next in line to be euthanized. They ran to rescue him again.

They barely made it in time- he was sadly next in line. They brought him back home and prayed they would find an owner as they could not keep him. 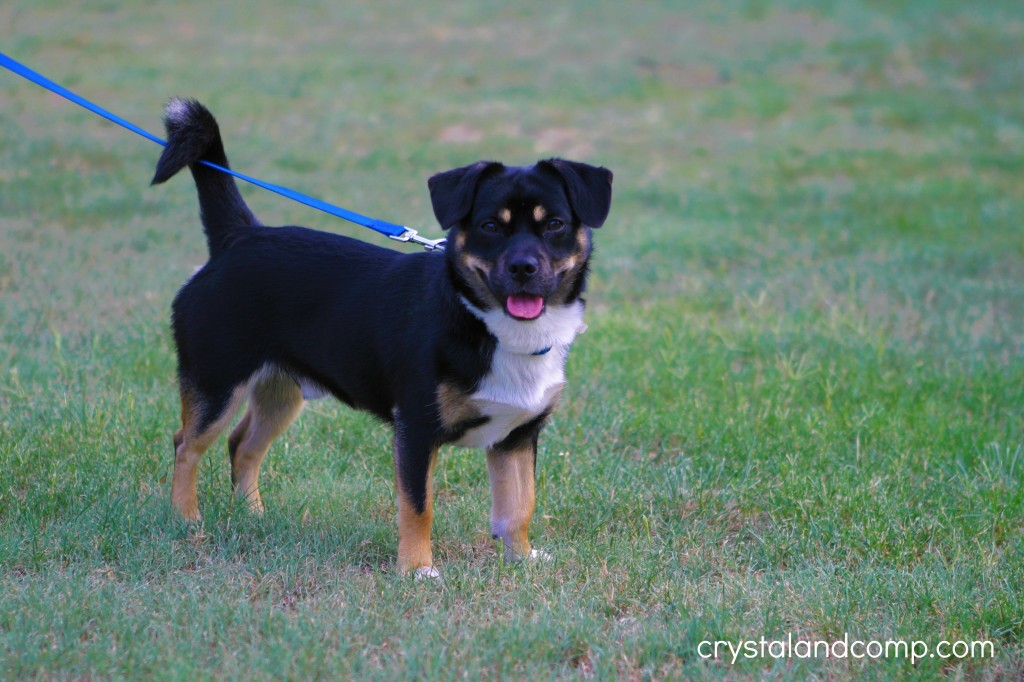 My husband called me. He wanted to know what I thought about it.

The boys ask at least once a week if they will ever get a dog.

My husband went on and on about the dogs temper and his kind, playful spirit. The dog really seemed like a family dog. 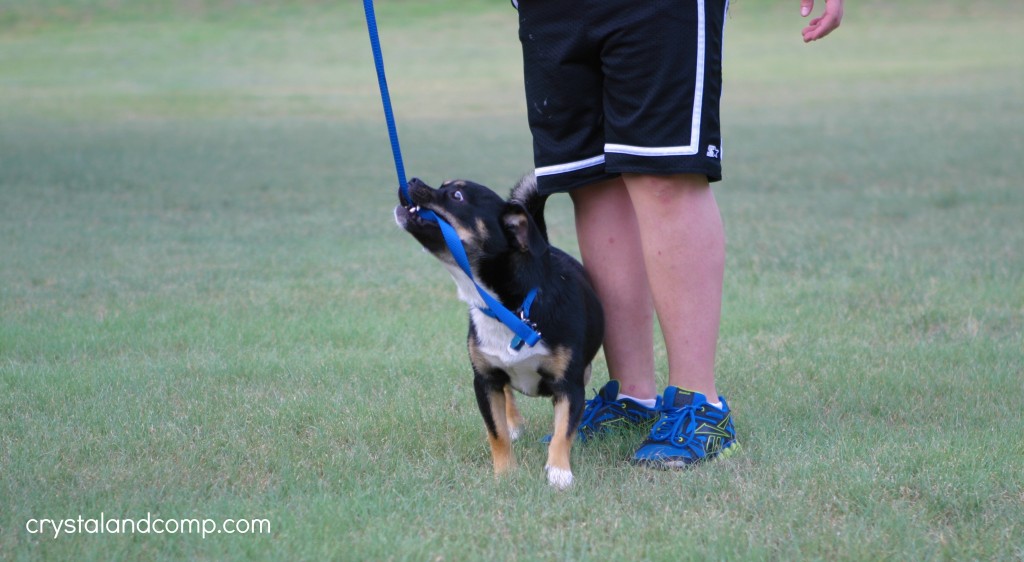 We went as a family to meet the dog and it was pretty much love at first site. My kids adored him. It was like this dog had known us forever.

He was already named McCoy. He was playful and loving.

We packed him up and brought him home in his little portable doggy kennel.

And the rest is history.

All of our neighbors have dogs, so it was not long before everyone met him.

Immediately he wanted to protect us on every walk. From people and from other dogs.

It has taken him some time to understand who his friends are.

Our kids cannot leave him alone. They are always on the hunt for new toys for him.

They feed him snacks all day long.

They walk him patiently.

They always make sure he has tons of water.

While he sleeps in the kennel at night, once he is out and about in the house, he is snuggling with the kids and playing. 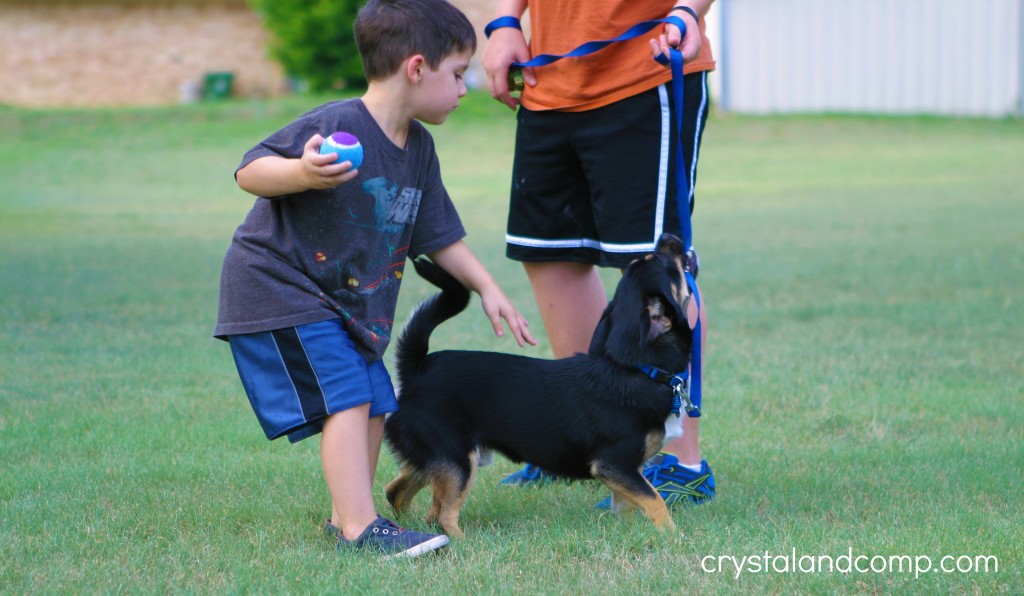 Everyone who has met him says he fits in so well here. He acts like he’s lived here forever.

The vet thinks he is about 18 months to 2 years old.

He has the markings and bold bark of a Rottweiler and the build of a Corgi. 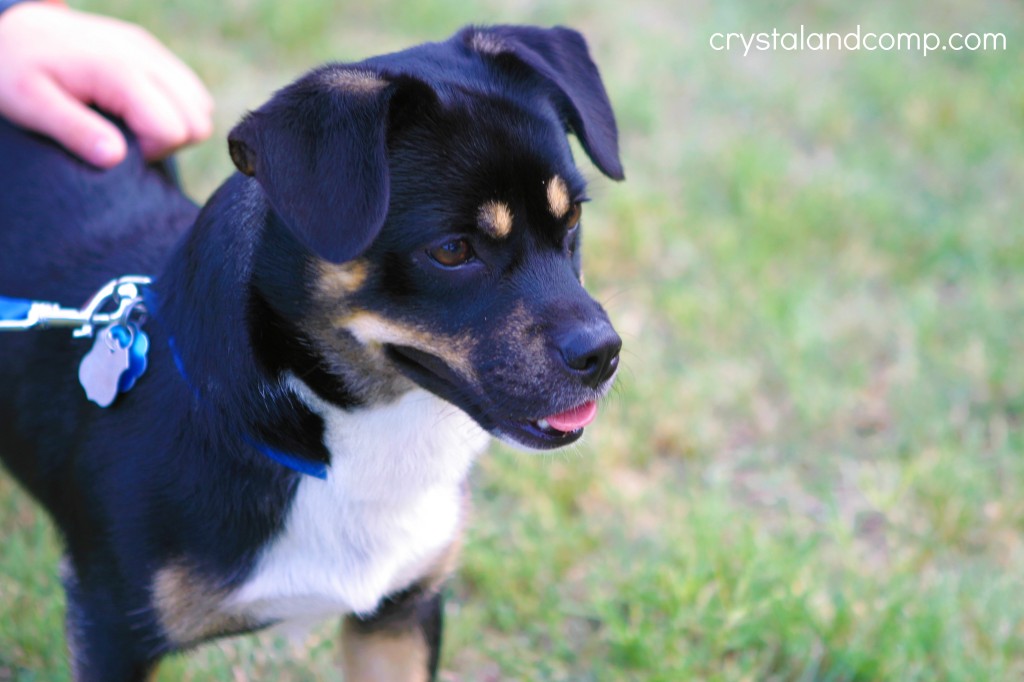 And my little Nicky has been quoted saying, “I can’t believe we have a dog!”.