Elf on the Shelf has not made an appearance yet this year at our house. Our Christmas tree is up (thank you 12 year old for assembling it), but the tree is not decorated.

Life has been crazy, and frankly my kids have been very naughty.

We pulled the ornaments out of the attic Thursday and they have sat here in our dining room. My children have been wild and crazy and I have said as soon as we have good behavior we can decorate the tree and Elf on the Shelf antics will begin.

Last night my kids were on a mission for the green light. They really want Elf on the Shelf mischievousness to begin. They tidied their bedrooms. Made their beds. Put all of the video game paraphernalia away AND cleaned up the living room. 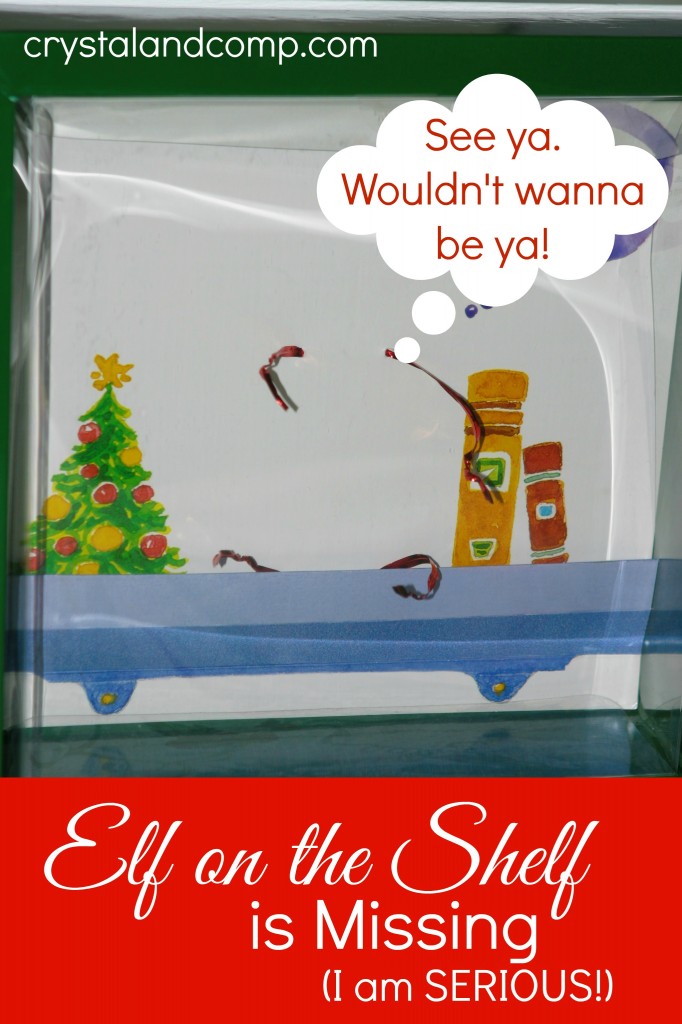 They could not wait to lay eyes on him. They wanted to read the book, set out the Elf and wake up to a fun adventure.

Except… there was no Elf. 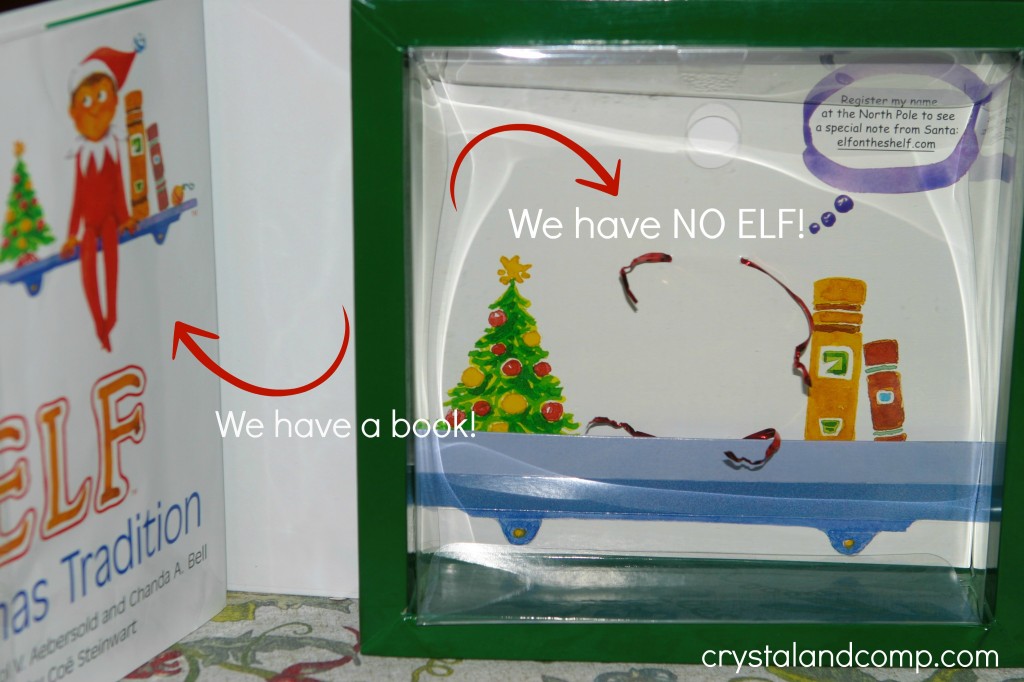 You see, I keep the Elf on the Shelf in the box he came in with the book.

I then store that box in one of the containers with our Christmas ornaments in the attic.

Last year, oh, say in January, two of my super sweet sister-in-laws came over and did some painting and made me a headboard. Remember that? They are rock stars.

Well, they also kindly took my tree down. Yes, my Christmas tree was still up in January. (Once it was still up at Valentines. The year I was pregnant with Matthew, the tree did not go up until all the kids were in bed Christmas Eve and it went down Christmas Day. The twins were almost 3 and breaking ornaments was like an Olympic game and they both wanted the metal.)

I swear to you that Elf was sitting on the Christmas tree when my sister-in-laws took it down. I just know it was. When Christmas is over that is where I put Elf- on the tree. Then he gets boxed away and put up with the ornament containers. 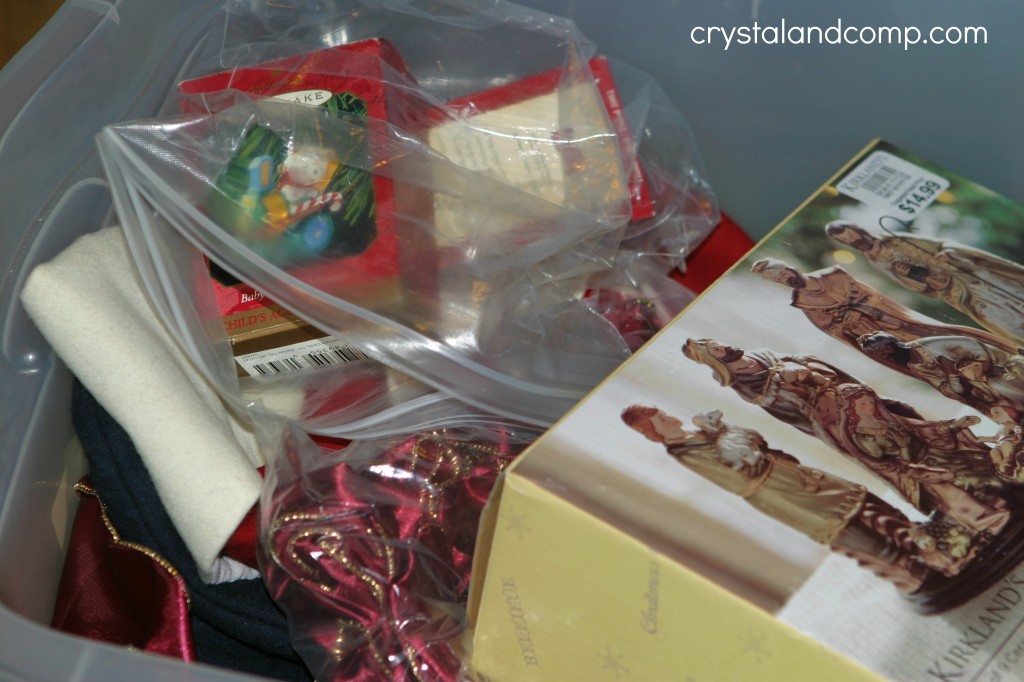 When he was not in the box with the book I searched through the two containers of ornaments.

Sweet Nicky said, “Mom, he is in the attic. He is hiding. I know it. He is waiting for us to find him!”.

I had to remind Nicky that Elf on the Shelf antics do not start until Mommy says Ready, Set, Go. And I have not said Ready, Set, Go yet.

After kids went to bed I continued to look for Elf. I text one of my sister-in-laws at 1:30 am that said something like, “Hey woman, where is my Elf on the Shelf?”.

I Facebook messaged the other sister-in-law. Their answers did not line up. One says she thinks Elf is in my closet. The other said she honestly does not remember seeing Elf on the Shelf she just remembers painting.

My husband is certain I put Elf  in a really safe place and have forgotten where that safe place is.

I tend to agree with him.

Nonetheless, meet Jack. We slid through the icy roads (have you seen this crazy weather Dallas is having) to get to the Target a few blocks from our house and to snag up the VERY LAST Elf on the Shelf in the entire store. 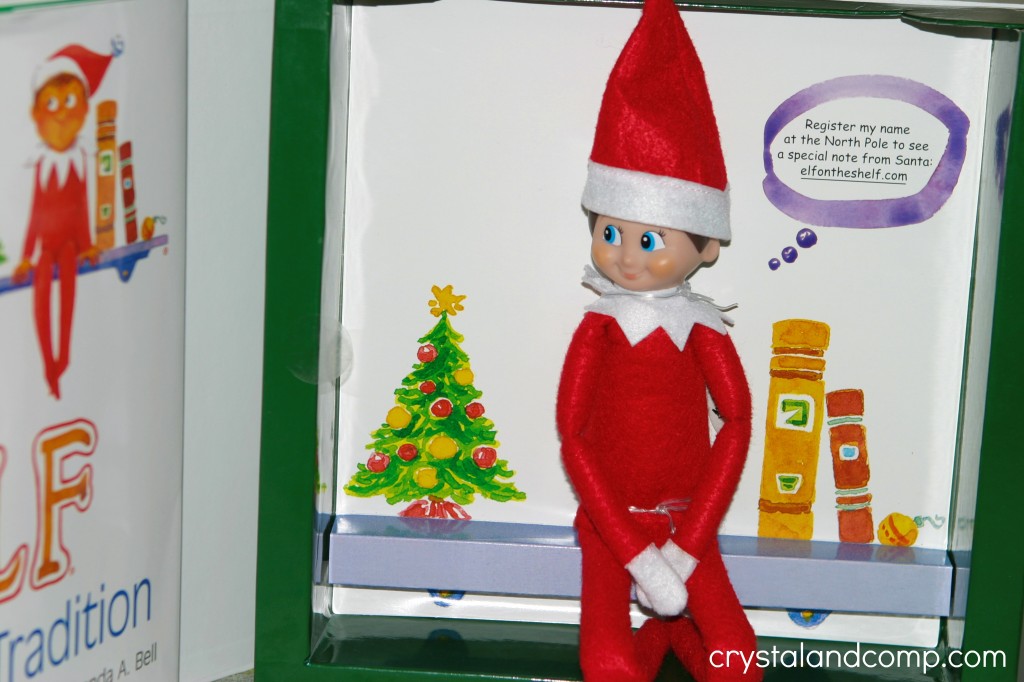 Dude, this is going to be a great Elf on the Shelf season!

More Elf on the Shelf Ideas