You are here: Home / educational resources / R is for Rainbow: A Letter of the Week Preschool Craft

I’m Anna from The Measured Mom, here to share more alphabet learning with our Letter of the Week craft series.  This week we’re doing a fun multi-media craft for the letter R.  Be sure to find the suggested songs and book list at the end of the post! 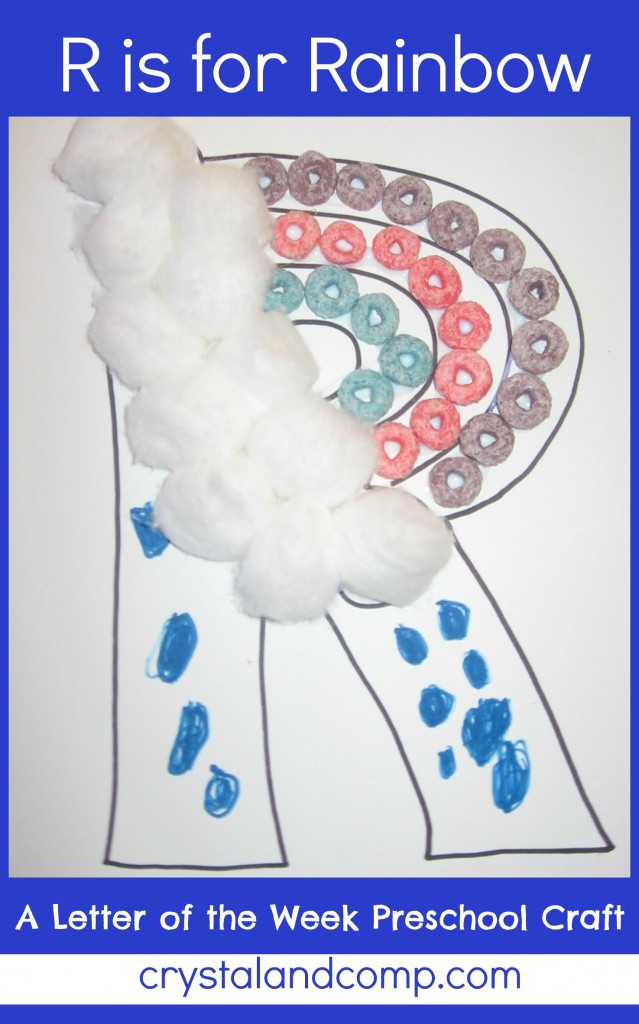 Letter of the Week: R is for Rainbow Craft 1. Choose three colors for your rainbow, and sort the cereal. 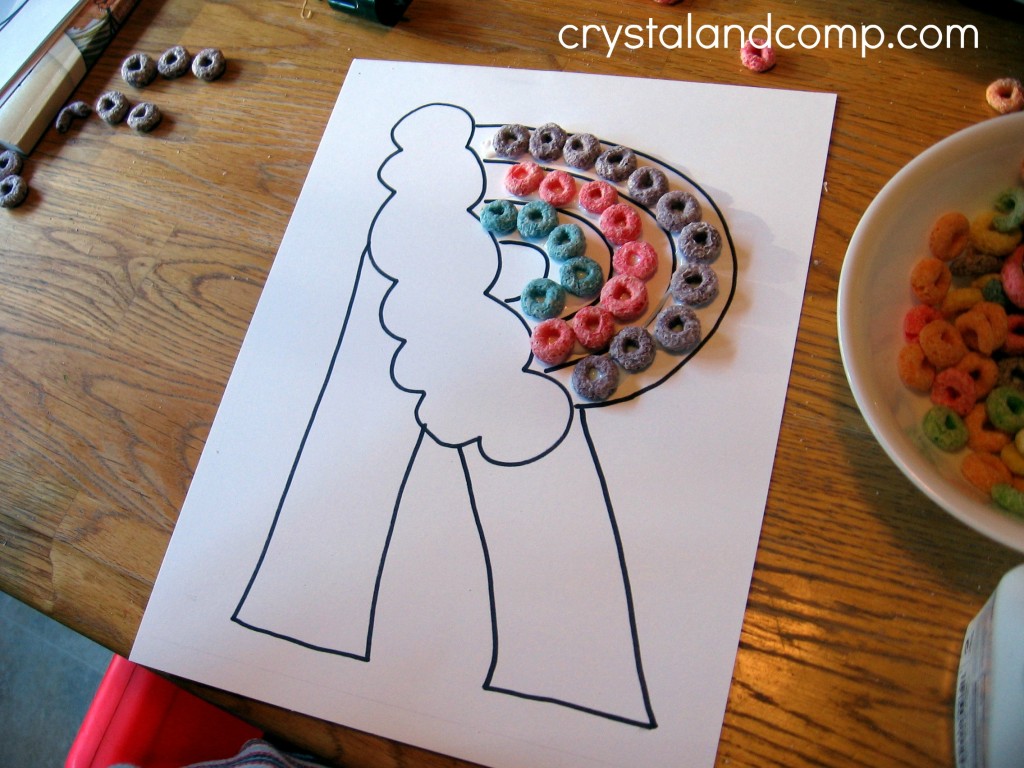 2. Glue the cereal within the lines to make a rainbow.  Use dots of glue or a long stream. 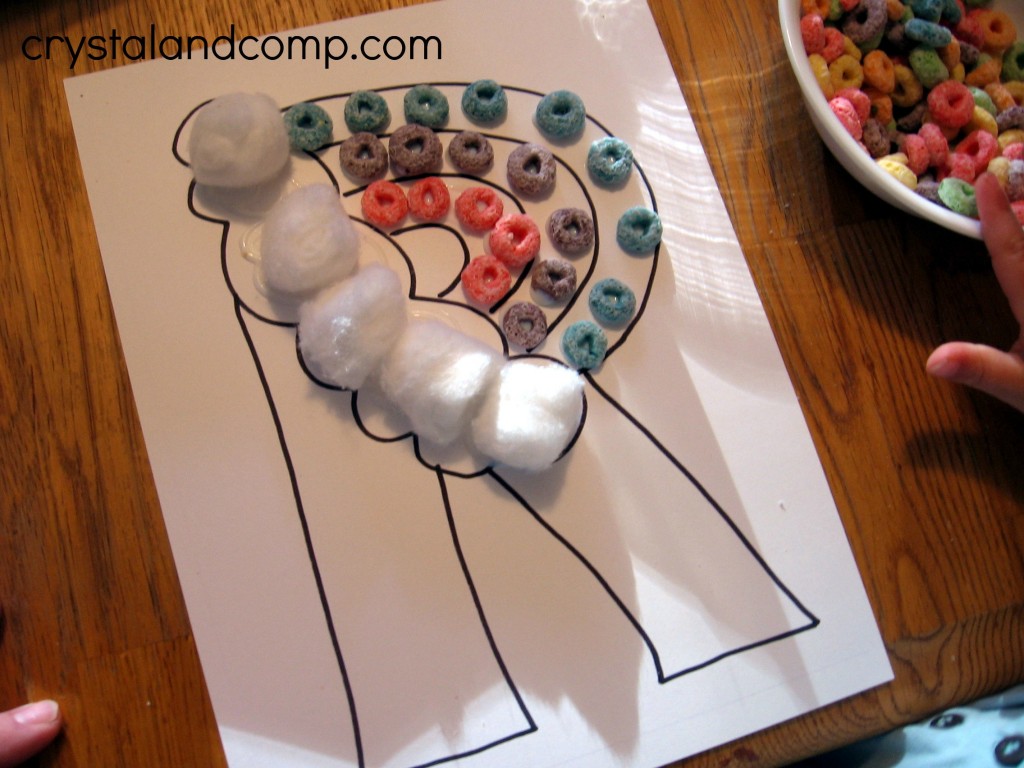 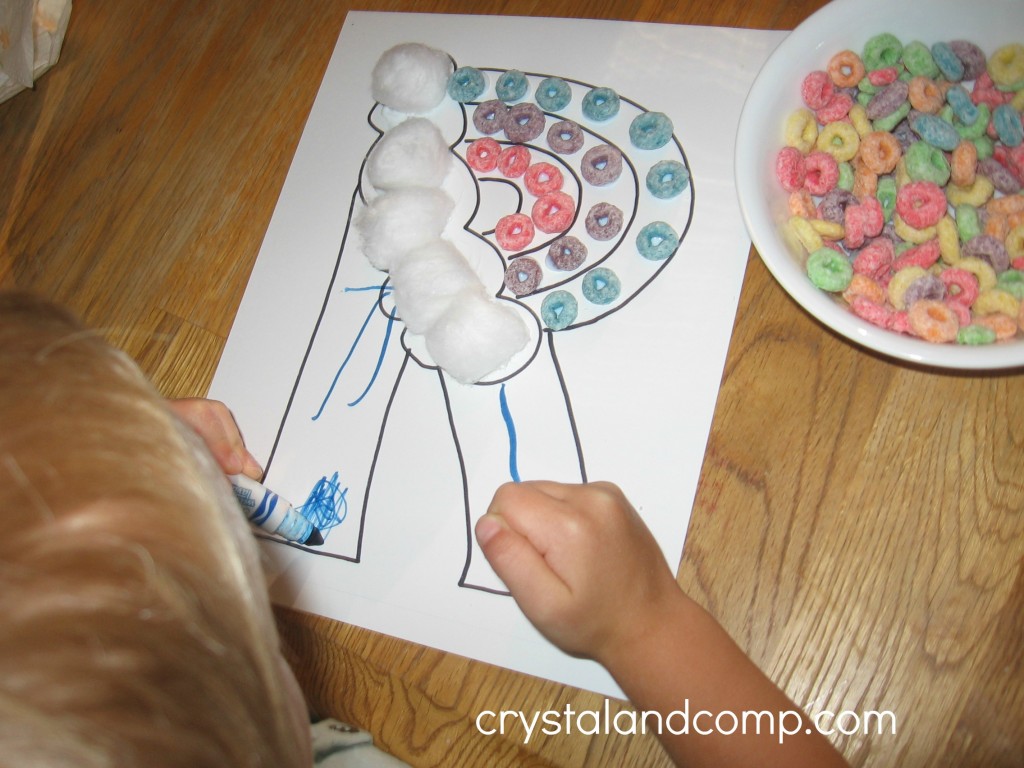 4. Grab the blue marker and draw rain.  This will look different depending on the ability of your child.  My three-year-old drew long lines and his version of a rain drop (pictured). 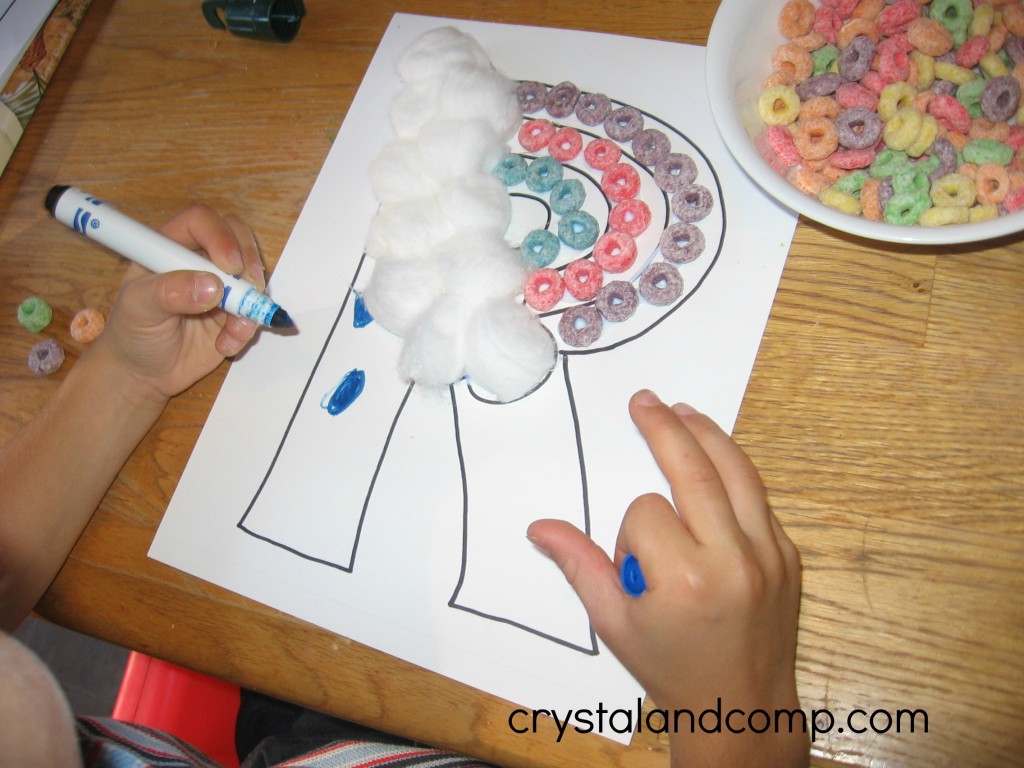 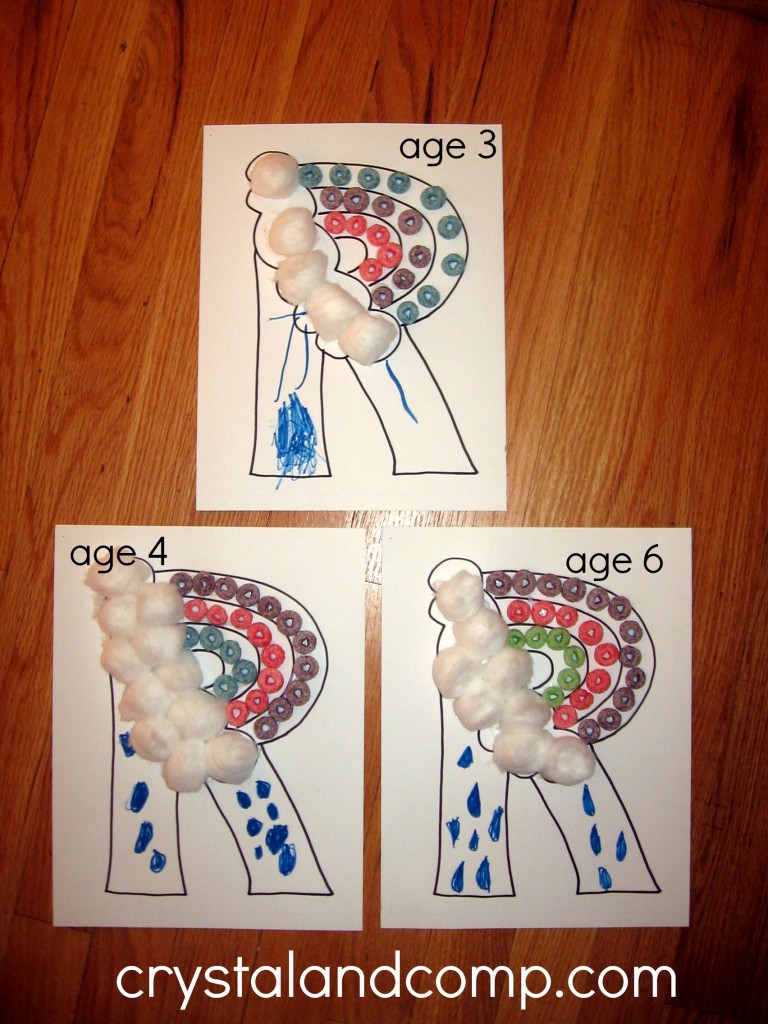 Teach the sound of letter R with these familiar songs:

It’s raining; it’s pouring.
The old man is snoring.
He went to bed and bumped his head,
And he couldn’t get up in the morning.

There are many versions of this popular rhyme:

Rub-a-dub-dub,
Three men in a tub,
And who do you think they be?
The butcher, the baker,
The candlestick-maker,
All put out to sea.

Here’s a silly one!

Rub-a-dub-dub,
Three men in a tub,
And how do you think they got there?
The butcher, the baker,
The candlestick maker,
They all jumped out of a rotten potato,
‘Twas enough to make a man stare. 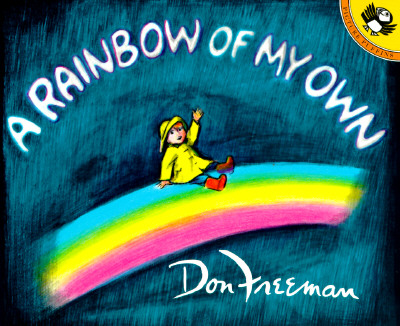 A Rainbow of My Own, by Don Freeman

In this story, a little boy looks for a rainbow after a storm. When he doesn’t find one, he creates one in his imagination.  They play together until the boy goes home and finds a rainbow of his own – the sun has made a prism on his goldfish bowl.  Some people are bothered by the fact that the rainbow’s colors are incorrect in the illustrations– if that’s not an issue for you, go grab this book. 🙂 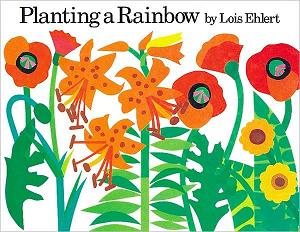 Planting a Rainbow, by Lois Ehlert

In this bright book, a child and his mother plant a colorful flower garden.  This story might inspire you to get out the seed catalog yourself! 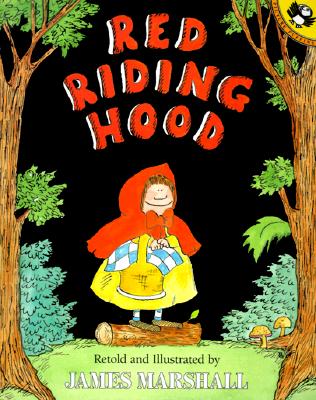 My only complaint about James Marshall’s fairy tale retellings is that I wish he’d made more! We love the goofy pictures and funny dialogue.  This book is read over and over at our house – it’s definitely one to own.  Also check out his other titles: Hansel and Gretel, Cinderella, The Three Little Pigs, and The Three Bears.