The creative and colorful world of LEGO is a wonderful place to visit! The best news? You can build that world in your own home for a super birthday party theme. We’ve already talked about invitations, birthday cakes, games and party favors; now we’ll explore a few LEGO decorations for a terrific LEGO birthday party.  When you discover how easy it is to create these ideas, you might be ready to agree with the kids: LEGO makes one of the best party themes. 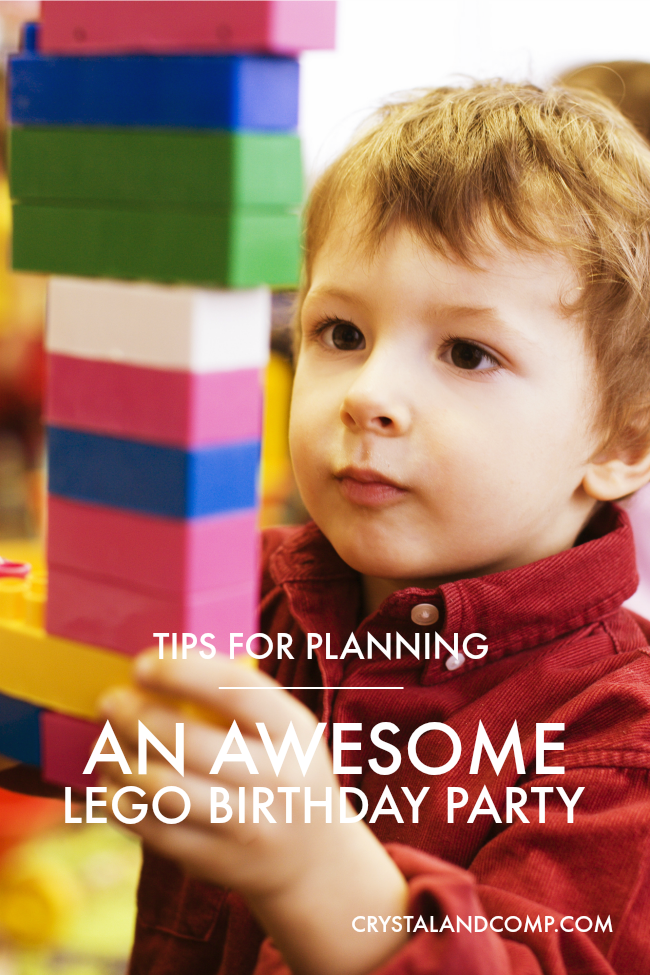 Decide on a LEGO Theme

You can stick with the general idea of LEGO bricks or if your child has a favorite LEGO set, that could be the genesis for your party decorations. Popular themes include: Star Wars, Ninjago, Super Heroes, LEGO City, Disney Princess, and Teenage Mutant Ninja Turtles. You can also build castles, houses, a vet clinic, cars, space rockets—whatever you can imagine, you can build a LEGO version.

A modern LEGO theme is one of my favorite ideas. A pristine white background really makes the LEGO colors pop! White walls, white table covering, and white serving pieces allow whatever colorful elements you highlight to really make a statement. A symmetrical arrangement on the dessert table adds to the crispness and overall appeal of this fresh look. Clear balloons filled with primary colored confetti add to the fun.

Don’t want to go with white for a kids’ party? Black is also a perfect foil to accent the LEGO brights. A black table covering looks awesome when paired with colorful desserts. Tie things together by using one bright color as a backdrop, top it with a banner and include a colorful tassel garland on the table front.

Giant polka dots are a fun way to pull things together for this theme, too. Choose to feature a single hue or mix the colors and sizes of dots. This pattern is readily found in fabric and wrapping paper.

The iconic LEGO font makes a great birthday banner that can be used for the backdrop or to front a buffet.  Google “LEGO font” and print one yourself. You can do the same thing for LEGO head masks, which can be used in a banner. Or, cut out a LEGO man-shaped, paper-doll figure chain for décor.

An impressive and easy idea for a dessert table backdrop is built with paper plates and there are a couple of ways to go at. Either mount round plates on the wall or affix round plates on top of the square versions and then arrange them on a wall (test one mounting strip on your wall surface to be certain it will hold your arrangement and that it can be easily removed without damage).

LEGO shaped treats and desserts deliver a feast for the eyes as well as the tummy—instant décor! Fun details like minifigure cut-outs as straw flags, a cake stand built from LEGO pieces and clear glass jars filled with bricks and pieces are simple methods to incorporate the theme.

Got a box? Got a brick! Juice boxes, shoe boxes, giant boxes can all be wrapped with paper (or painted). Add a few circles as studs; give them stand-out dimension by using glue dots. This idea works on gift bags, too.

A pack of yellow balloons and a black Sharpie will yield a whole lot of floating LEGO heads.  Yellow paint and empty jars are another way to create a LEGO head that can serve as décor; if you fill them with candies you’ll also have a take-home favor. Yellow bags are also easily morphed into a LEGO head. Serve beverages in embellished yellow cups.

See how easy it is to build a birthday party with LEGO?  Kids love it—moms love it! 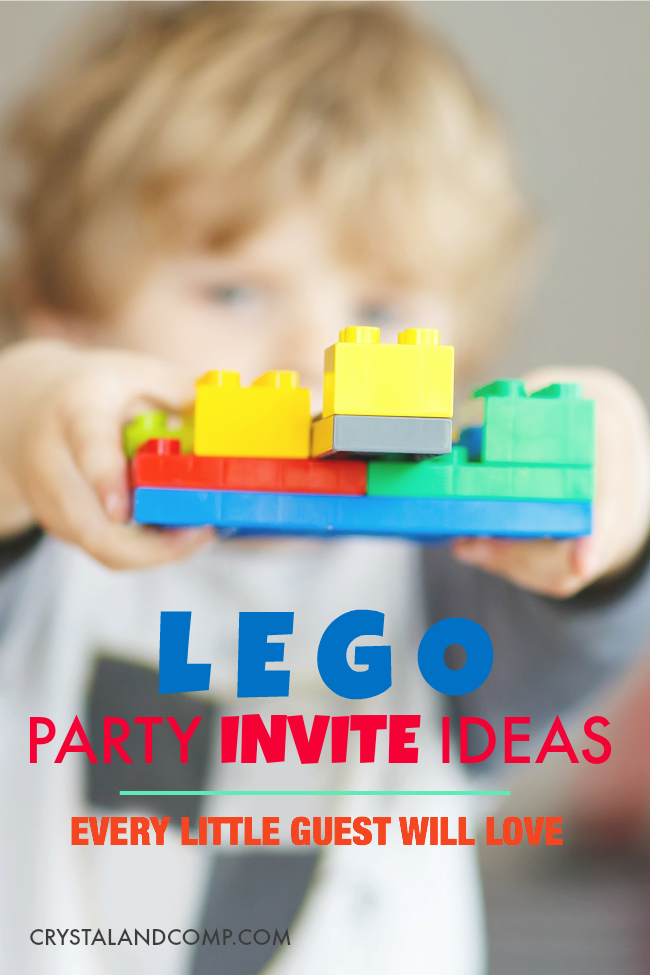 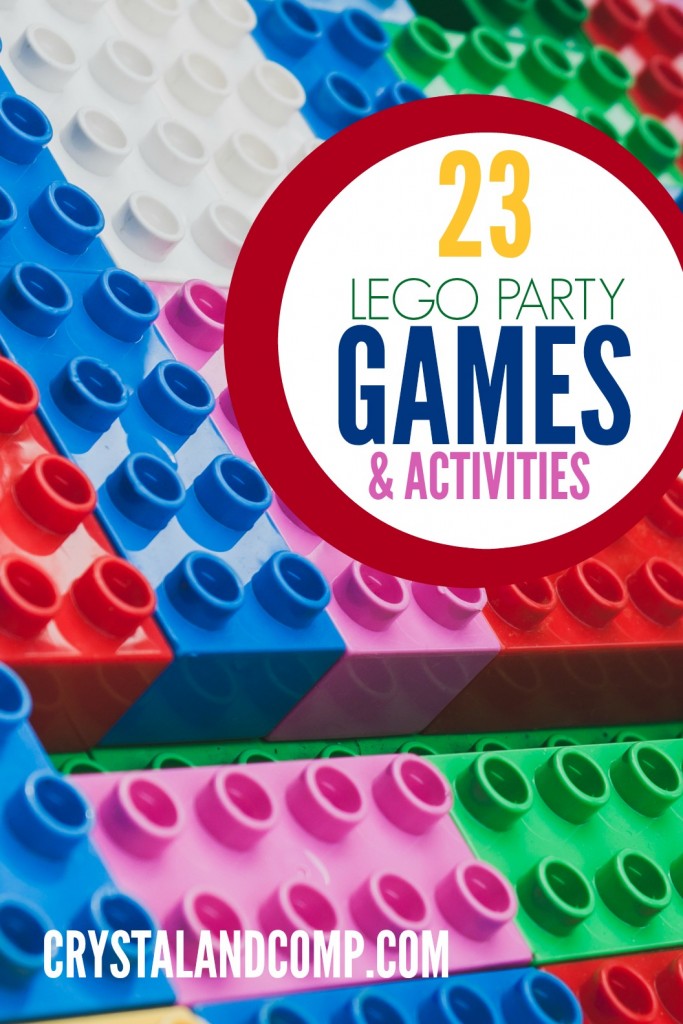 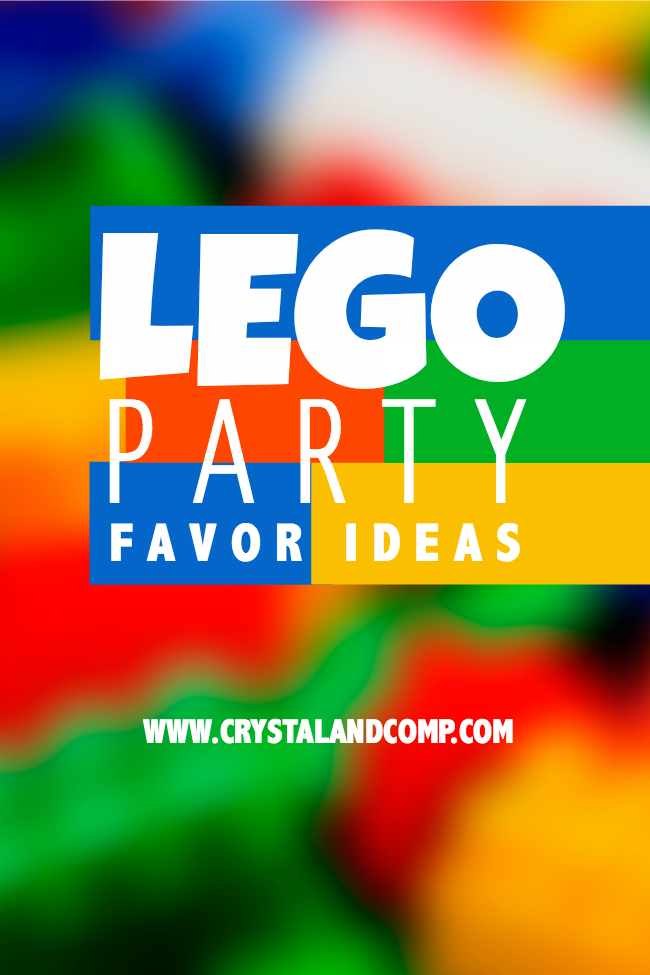 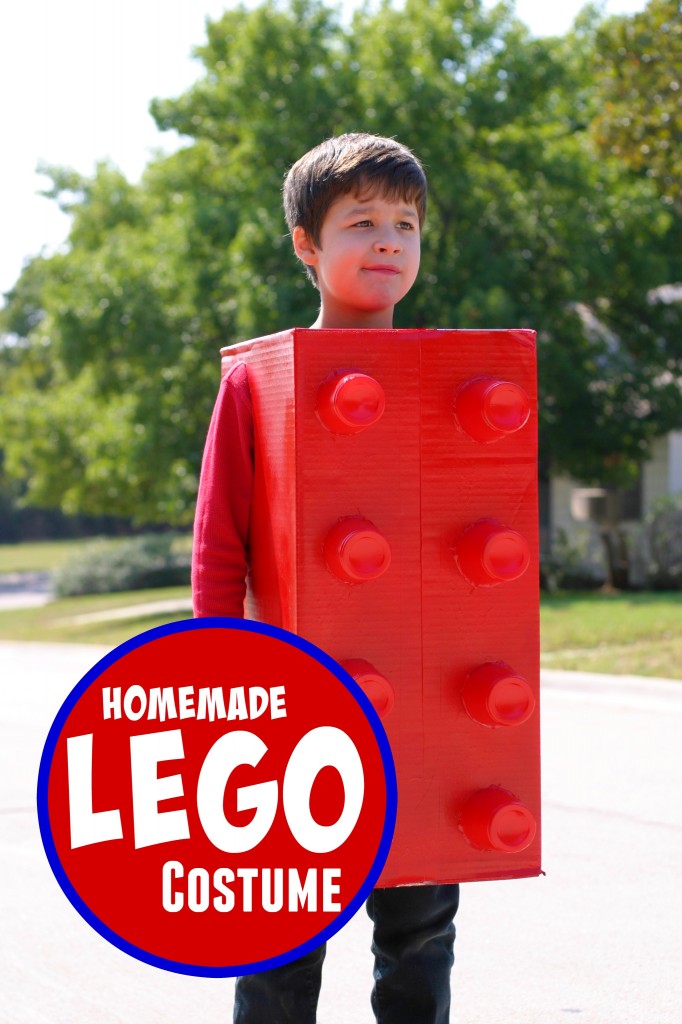 Plus, get inspired for more great kid’s birthday parties with these ideas: